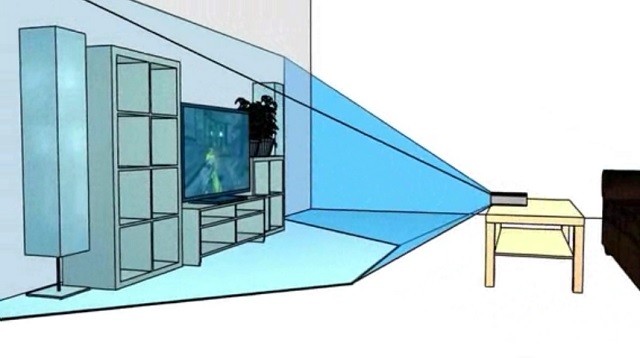 The first time we saw Microsoft Research's IllumiRoom technology was back at CES 2013 as part of a brief demonstration. The concept utilized a Kinect sensor in tandem with a projector to project images outside the range of a TV screen, adding to the immersion of Xbox video gaming. While the technology was only shown off briefly at CES, at CHI 2013 Microsoft has divulged some new information on the technology, including publishing a new video demo.

Despite the IllumiRoom technology still only being referred to as a "proof-of-concept", Microsoft are envisioning a coffee table-sized projector that works alongside the next-generation Xbox to "[surround] your television with projected light". When The Verge talked to Eric Rudder in March about the IllumiRoom system, it was described as "incredibly sophisticated", using a quick alternating pattern of Kinect sensing and image projecting. 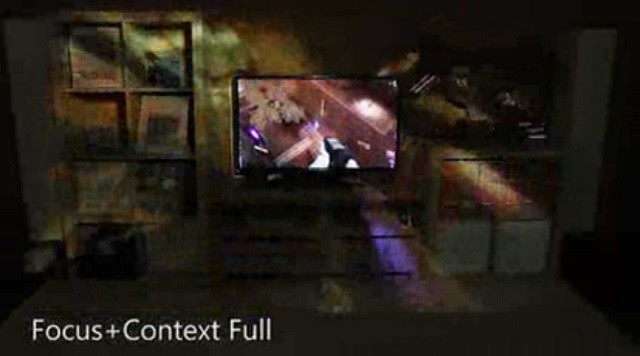 The system works in any room, as the Kinect can scan the surrounds in 3D and in color to provide an accurate map of what the images will be projecting on to. The projector, which is currently a standard projector in the prototype, uses this map from the Kinect to extend the game world beyond the edges of the TV, pushing explosions, lens flares and other effects into the surrounds of the room.

IllumiRoom features a number of possible illusions, including highlighting the edges of a room, radial wobble that simulates in-game interactions, snow illusions to expand background effects into the room, and various augmented reality situations including having objects fall out of the TV and into the surrounds.

As the technology is designed to work with a "next-generation gaming console", it's highly likely that Microsoft is working on incorporating the peripheral with the next Xbox. While it seems unlikely that Microsoft would launch this system with the console - which will be unveiled at a May 21st event - it could come to the console later in a similar way to the Kinect, which was launched five years after the Xbox 360.

You can watch a new five minute demonstration of the technology here.