Microsoft's Mixer is far from the popularity levels of Twitch and YouTube, but that's not stopping the team from investing in its community. After Amazon's live streaming service announced a host of improvements just last week, it's now time for Microsoft to introduce some changes to its own offering, an update which is being referred to as 'Season 2'. This name is being used because these improvements won't be arriving all at once, and Microsoft will be rolling them out and improving them over time.

Starting today, you'll be able to use Skills, new ways to show your support for the channel your watching. This includes sending stickers, GIFs, and even cooperating with the community to keep a beach ball in the air for some reason. Skills are interesting because while they don't cost money to use, they reward the streamer financially, making it easier for fans to effectively support their favorite creators. 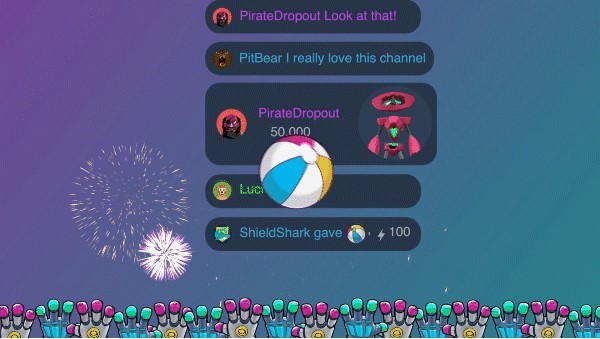 Skills don't require money, but they do require Sparks, which is another new feature being introduced today. Sparks are earned by simply watching streams on Mixer, and when you use them to show your support for a channel by using Skills, it tallies up on the creator's side. As the streamer receives more Sparks from its viewers, they can reach milestones which grant them monetary rewards.

If you do have money to spend and you want to show a little more support, Mixer is introducing a new way to do that as well. Embers are something of a powered-up version of Sparks which can be bought with real-life currency, and they grant you more valuable Skills. Using Embers, viewers can more directly reward streamers financially. This system isn't available right now, but Mixer says it's coming soon. 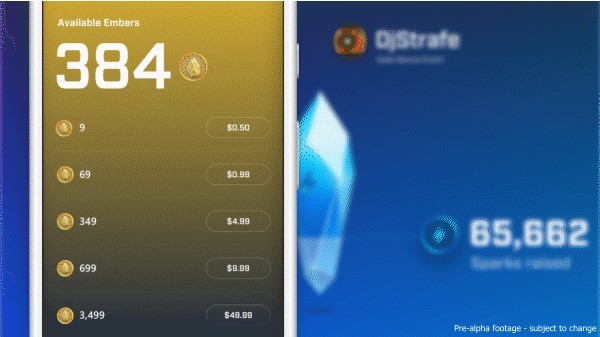 A little further down the road - meaning next year - Microsoft's service will also be introducing a new progression system for viewers. Rather than simply distinguishing between subscribers and non-subscribers, members will be able to level up through their interactions with a channel's community - participating in the chat, using skills, and simply coming back every day are a few ways viewers can level up and earn some recognition as fans. Another way to do this will be by receiving Applause from other community members, a feature which Mixer will detail at a later date.

Lastly, Microsoft is making some technical adjustments to the service to make the viewing experience a little better. These include the introduction of automatic bitrate switching to account for bandwidth fluctuations and support for sub-second latency (FTL) streaming on more streaming software and devices. Users will also now have a new way to report video-specific issues to Mixer, which should help the team track them down more easily.