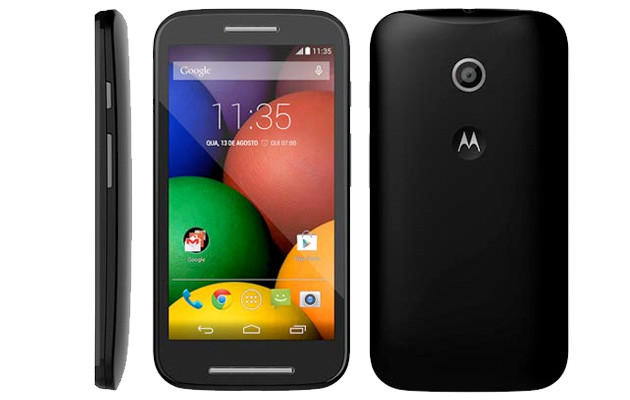 The new budget-friendly handset from Motorola has leaked courtesy of Brazilian retailer FastShop. The retailer posted a listing for the handset on its website with full details indicating that it will most likely be a low-end Android handset. The Moto E utilizes the same design language as the previously released Moto X and Moto G. The device has a curved body with subtle silver accents.

According to the pulled FastShop listing the Moto E will feature:

Although pricing wasn’t listed on the leaked page, judging by the specifications, the Moto E should be priced to compete with other low-end Android smartphones. Motorola's current budget friendly Moto G is priced from $99 to $199 USD depending on your region and provider. The Moto E could be priced below that. The leaked handset is expected to make its official debut at an upcoming Motorola event that will be held in London on May 13th, 2014. This will be the first release since Lenovo purchased Motorola from Google. Although considering the timeline, it is highly unlikely that Lenovo had any input on the design or creation of this device.