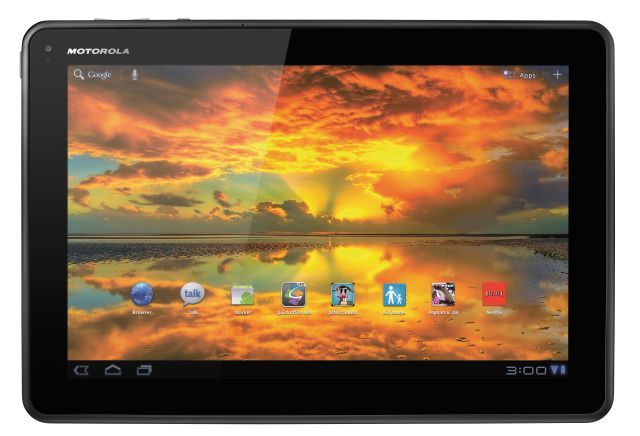 The Motorola Xoom was one of the first tablets that was released in the wake of Apple's launch of the original iPad. Now Motorola has announced plans to release a new and cheaper version of the Xoom. The company is calling it the Motorola Xoom Family Edition and it will go on sale exclusively at Best Buy stores this Sunday, October 16. The price will be $379, more than $100 cheaper than the cheapest current version of the Xoom. One of the reasons for the cheaper price is that the Family Edition has just 16 GB of storage while the regular version of the Xoom has 32 GB.

The Family Edition will use Google's Android 3.1 operating system. It also comes along with a number of applications and games that are pre-installed and are worth a total of about $40. Of course you can download and install even more apps via the Android Marketplace. The new tablet has a dual core 1 Ghz processor, a 10.1 inch touch screen, a five megapixel rear camera, a 720p front facing webcam, and WiFi connectivity (sorry, there's no 3G or 4G support here). There's no word on when the Xoom Family Edition will be sold outside of Best Buy.

In related news, Engadget reports that Verizon Wireless' Motorola Xoom customers are dealing with some delays in getting their 4G upgrade to the device. As compensation, Verizon is giving those Xoom owners an extra hardware device; a Xoom docking device that's normally worth $50.