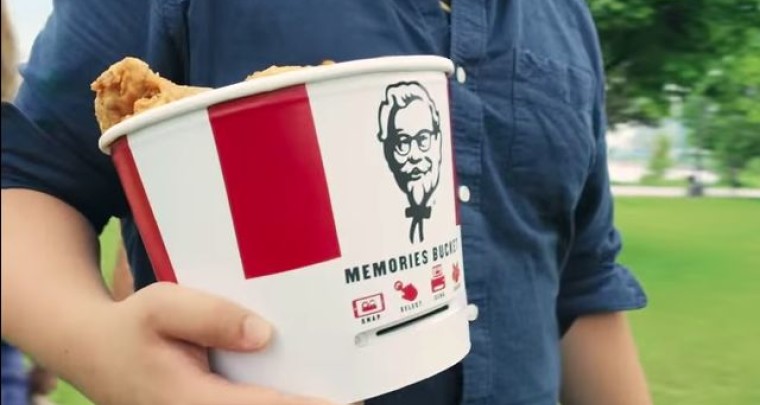 Kentucky Fried Chicken, known to many as just KFC, is currently celebrating its 60th year in Canada. And what better way to celebrate it than creating a chicken bucket that not only holds those greasy cuts of fried poultry, but can also print out photos in a flash?

Called the "Memories Bucket," the chicken bucket actually connects to your mobile device via Bluetooth, and through an accompanying app, you can pick photos from your phone. The bucket will then work its magic, and will print out your finger-lickin' good photos and selfies in seconds, ala-Polaroid.

According to KFC's latest video, shown above, "it's not rocket science, it's bucket science." Obviously, the bucket containing your chicken isn't really the one printing out your photos. A mini-printer is built into the bottom of the bucket, giving this chicken container extra height.

Unfortunately, KFC Canada's Facebook page has indicated that the printer bucket is only a limited promotion and not everyone can get their hands on it. Furthermore, after a flurry of questions asking "where do I get one?," not much detail was provided and for now, the company is just asking people to keep checking back on its page.

Source: KFC Canada on Facebook via The Verge | Image via KFC Canada