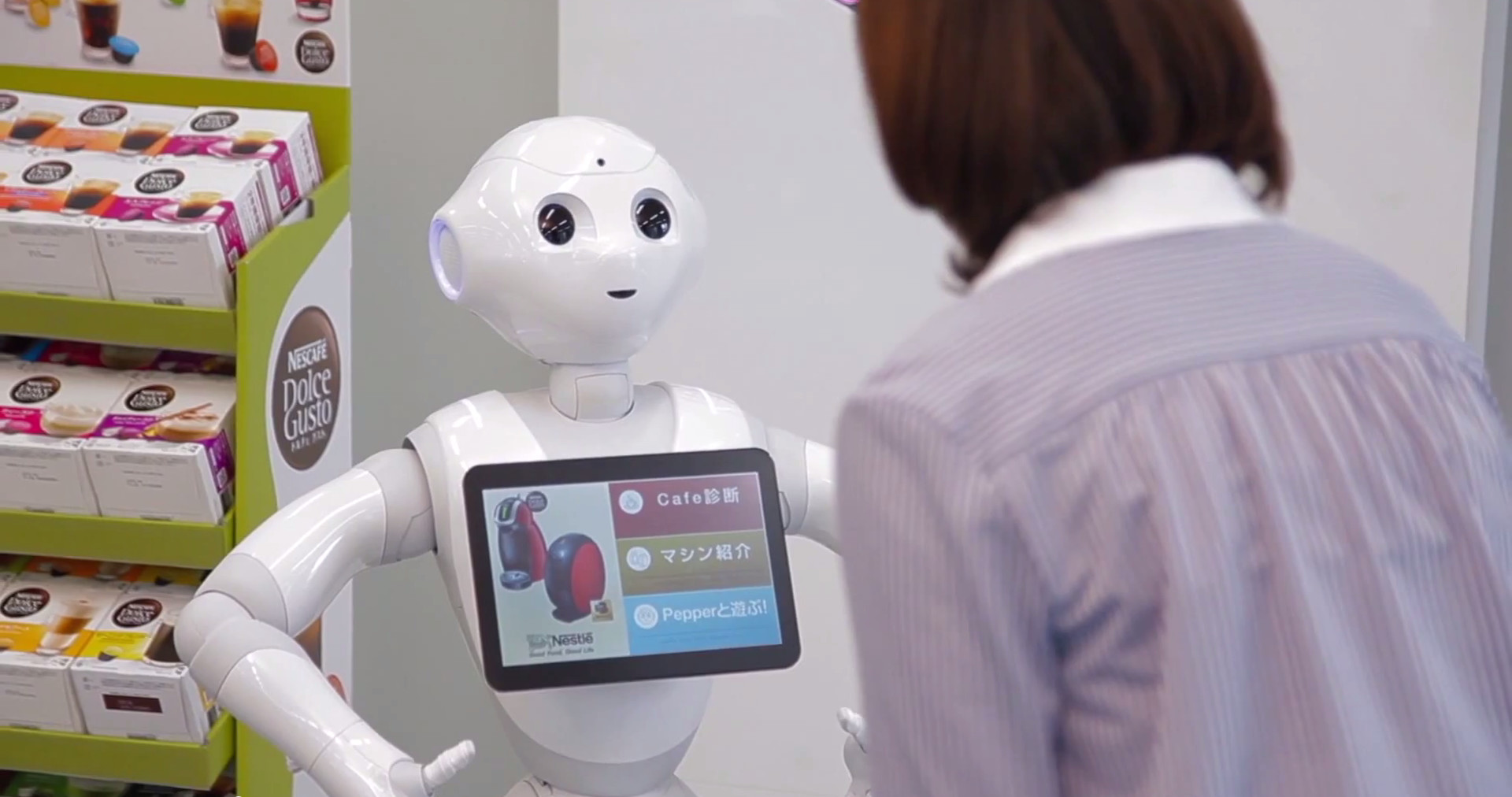 Nestlé isn't exactly a brand you would instantly associate with tech, although the 4.4 iteration of Android is named KitKat. Nestlé does do some interesting things from time to time, however, and their most recent attempt at being creepy futuristic involves a humanoid robot named Pepper.

Designed by a subsidiary of the Japanese telecommunications giant Softbank, Pepper is about 3 feet tall and has an array of sensors built into it. The robot is designed to be able to read human facial expressions, as well as analyze the customer's tone of voice, to be able to gather how the customer is feeling. Pepper also performs natural language processing in order to be able to understand the responses given to the questions Pepper asks.

This robot won't do your dishes or make the coffee for you, however, as it exists purely for sales. Based on what you say to Pepper, Pepper will suggest one of two of Nescafé's latest coffee machines (Dolce Gusto and Gold Blend Barista) and explain how to purchase it. That is for now, anyway, as it seems there is a significant amount of potential for product expansion in the future.

“Pepper will be able to explain Nescafé products and services and engage in conversation with consumers. I hope that this new consumer engagement model will expand across the world as an example of Japanese innovation” - Kohzoh Takaoka, President and CEO of Nestlé Japan.

For our Japanese readers and travelers who would like to try the creepy interesting humanoid robot for themselves, you will be able to find Pepper flailing its robot arms in Japanese home appliance stores starting in December.

Check out a video of Pepper in action below: