At the beginning of this past weekend, we were treated to a weird surprise currently in confidential Windows 8 builds - the lack of an onscreen Start orb. This morning we have more shots coming from build 8220. The Start orb is still missing, but besides that, there is a new interesting addition compared to the Developer Preview. 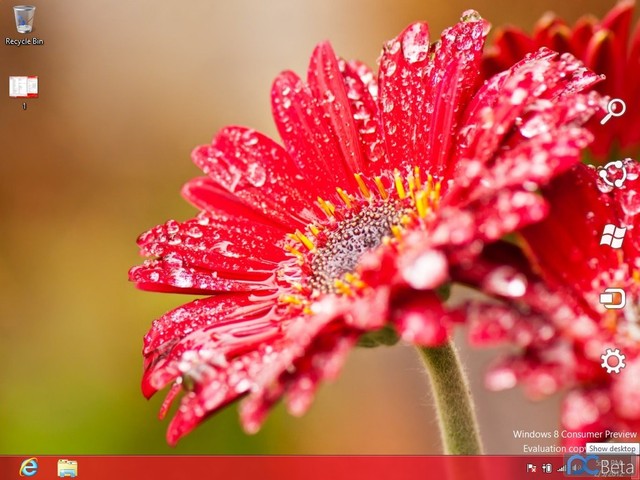 The black Charms bar seems to have fallen out of favour, replaced with this rather elegant appearance of floating on-screen white icons. We can assume this screenshot was taken on a device lacking touch or stylus input, given the Show Desktop button's narrow width, as opposed to a thicker appearance on touch-capable devices. This could possibly signify that the existing Charms bar for keyboard and mice-only computers, as seen below, is no more:

The other shots, leaked via the Chinese forum PCBeta, contains one example of an alternate pattern to the Metro Start screen: 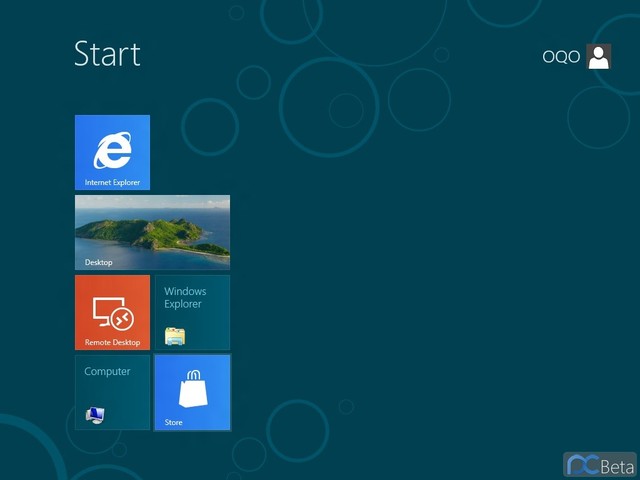 Additional screenshots are available below. Other smaller revelations include a locked-down Windows Store, a new UI for selecting language settings, and confirmation of per-folder grouping in the All Programs view. There is also an option in Internet Explorer 10's about window to enable automatic updates of the browser.

Images via PCBeta.com; thanks gulshan666 for the tip on the forums!