With 2017 rapidly coming to a close, our eyes turn to technical innovations that will likely show up in 2018. New smartphones are a given, meaning leaks will become more and more prevalent. It appears that new renders of Samsung's flagship Galaxy S9 have leaked, with sources saying they appear mostly accurate.

The renders were created by smartphone accessory maker Ghostek supposedly based on details from the factory building the Galaxy S9, according to BGR. The site's sources conclude that the renders are close to spot on, except that the bezel above the phone’s display will be narrower, and the top speaker has a different look. 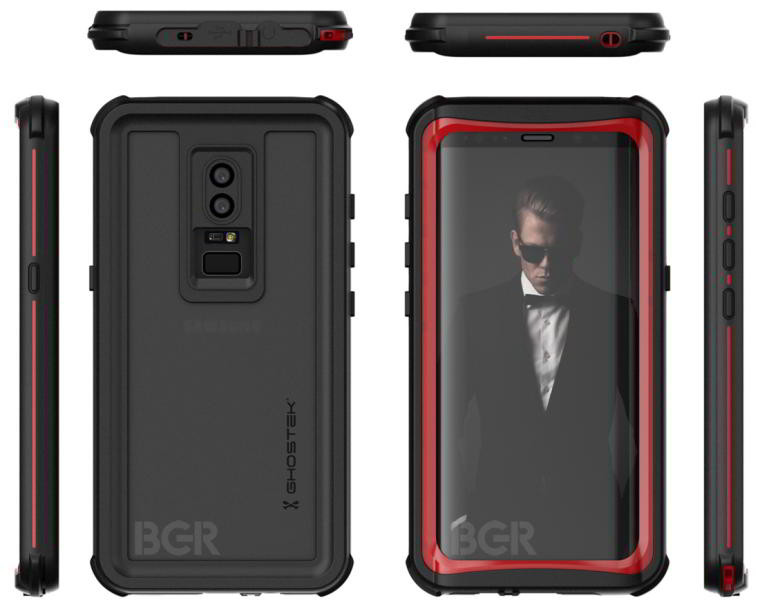 BGR's sources also tell it that the new S9 will have a dual-lens rear camera, resembling the iPhone X's vertical orientation rather than the horizontal placement used in the Galaxy Note 8. The fingerprint reader will be part of the grouping, and situated in the back center of the phone, again a difference from the Galaxy S8 and Note 8. The reader won't be in-screen as Samsung had hoped, however.

In addition, the device is expected to have an improved front camera utilizing facial recognition, running Qualcomm's Snapdragon 845 SoC. The announcement of the new devices could possibly come as early as CES in January, a different take from unveils in previous years at Mobile World Congress in February. It has been rumored that Samsung would unveil three new Galaxy S9 devices next year.

As with any rumors, a lot can change between now and anything official from Samsung, so enjoy the render as nothing more than wishful thinking at this point.