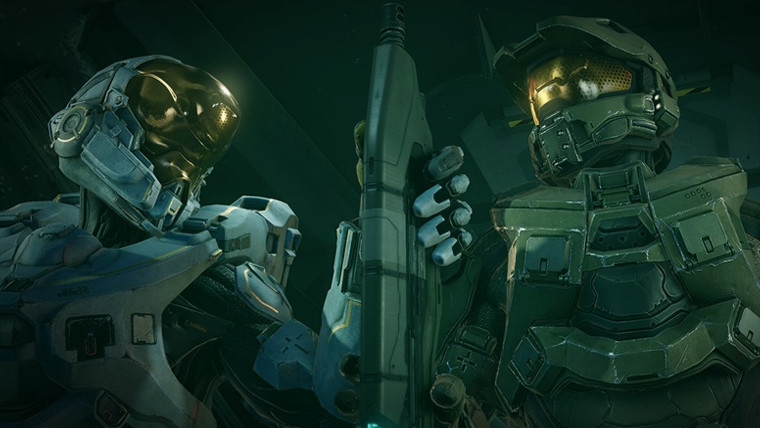 After numerous gameplay demos and trailers, Halo 5: Guardians is close to landing on Xbox One, with little over a month until its scheduled release. Earlier in the month, we received our first look at the Halo 5 opening cinematic, which focused on the newly formed Fireteam Osiris, exhibiting the dynamic fighting style and relationship between the squad. Today 343 Industries, developers of the Halo franchise, released a second cinematic teaser which focuses on Blue Team, and how their method of teamwork differs from Fireteam Osiris.

Taken from the second mission of Halo 5, the cinematic introduces us to the squad, prior to playing as the Spartans. The mission follows Blue Team as they infiltrate an ONI Research Center, to eliminate Covenant forces, and secure the contents of the facility.

The trailer has little in regards to story development, and can safely be watched without spoiling major plot points from the game. The cinematic rather sets the scene, and focuses on character development, to bring to light the ‘family bond’ that the team carries. The Spartans show empathy for one another, and this relationship between squad members is what will be explored over the course of the campaign, and the three-part Fall of Reach miniseries. Most notably, we can see how Chief has been affected over the loss of Cortana, and his team’s concern for his mental wellbeing.

Halo 5: Guardians releases October 27 exclusively on Xbox One, in a range of editions, which are detailed here. The trailer has a total running time of over two minutes, however it's much shorter than the opening cinematic previously released.