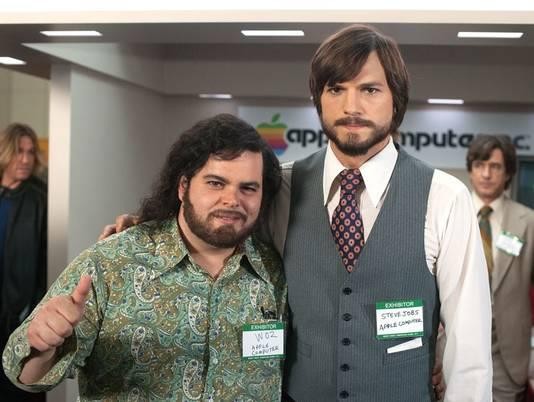 In December, we got our first official glimpse of the upcoming independent biopic of Apple's founder Steve Jobs with an image of Ashton Kutcher rocking the 80's beard. This week, the official Facebook page of the movie has posted up two more images from jOBS and both feature Kutcher and actor Josh Gad playing fellow Apple co-founder Steve "The Woz" Wozniak.

Gad gained fame in 2011 by playing one of the leading roles in the hit Broadway musical The Book of Mormon; he's currently the co-creator and star of the new NBC sitcom 1600 Penn.

One of the images of the Facebook page shows the movie versions of Jobs and Wozniak at the first West Coast Computer Faire in April of 1977. It was at that show that the pair first showed off the Apple II PC.

The other image from the Facebook page shows Kutcher and Gad, as Jobs and Wozniak, working on the Apple 1 in Jobs's garage.

The world premiere of jOBS is scheduled to happen on January 27th on the last day of the 2013 Sundance Film Festival in Park City, Utah. The movie, directed by Joshua Michael Stern and also starring Dermot Mulroney, Lukas Haas, J.K. Simmons and Matthew Modine, has been picked up for distribution by Open Road Films and will show up in movie theaters in the US sometime in April.