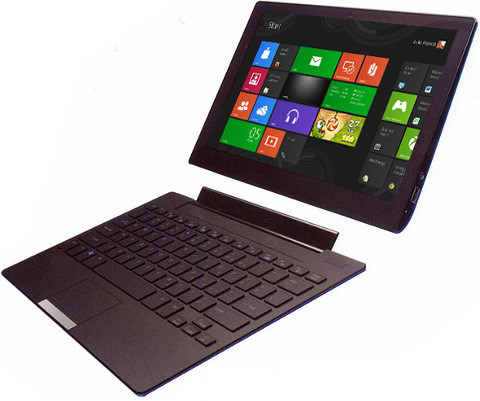 Would you like to buy a tablet that runs not one, not two but three operating systems? If that's your cup of tea, the Italian PC maker Ekoore claims it has something for you. The company revealed earlier this week the launch of its Python S3 tablet that it says can be set up to run Windows 8, the Ubuntu version of Linux and Android.

The Ekoore website says that the tablet comes with an Intel Celeron 847 dual core processor, with support for up to 8 GB of RAM and SSD storage options of 32, 64 and 128 GB. In other words, don't expect this tablet to be the most powerful one on the market.

Ekoore says that they will install any one of the three operating systems a customer chooses, or all three at once. It is currently priced starting at 599 euros, or $770, and there's also an optional keyboard that can serve as an extra battery for the tablet, which costs 139 euros, or $179.

Obviously, the savvy PC owner might find a way to buy a Windows 8 tablet on their own and then install Android and/or Linux; but if you are not that technically adept and really, really want three operating systems on your tablet, this might be the way to go.