Recently, it was noticed that Sony had started revising its PlayStation 5 models with a new variant that carries a new ID dubbed "CFI-1100B". In terms of changes, the new variant sports a trimmed-down heatsink that led to a reduction of the weight of the console by around 600 grams. However, controversy over this soon ensued as a popular YouTuber Austin Evans reported on these changes and had concluded that the new revision was actually worse when he noted higher exhaust vent temperatures on the new model. Many were against this though, citing that such an inference was half-baked and proper evaluation would require more in-depth testing and temperature measurements of the internals too.

Dr. Aris Mpitziopoulos, who famously broke the story of Gigabyte's potentially explosive PSU models last year, decided to test the new PS5 model for himself to validate or invalidate some of the findings in Austin Evans' video. Most of the test measurement results were in line with what Austin had found. However, it was noticed that despite higher exhaust temperatures in the new PS5 version, the processor (APU) temperature in the new PS5 itself was actually much lower at 40.8°C.

So as it stands, it seems Sony apparently has been able to better optimize the cooling of the APU on the new variant despite the newer heatsink having much fewer fins.

For those wondering if this was due to some sort of power throttling on the new variant, the answer appears to be in the negative. The updated model seemingly consumes about the same amount of power as the original one. 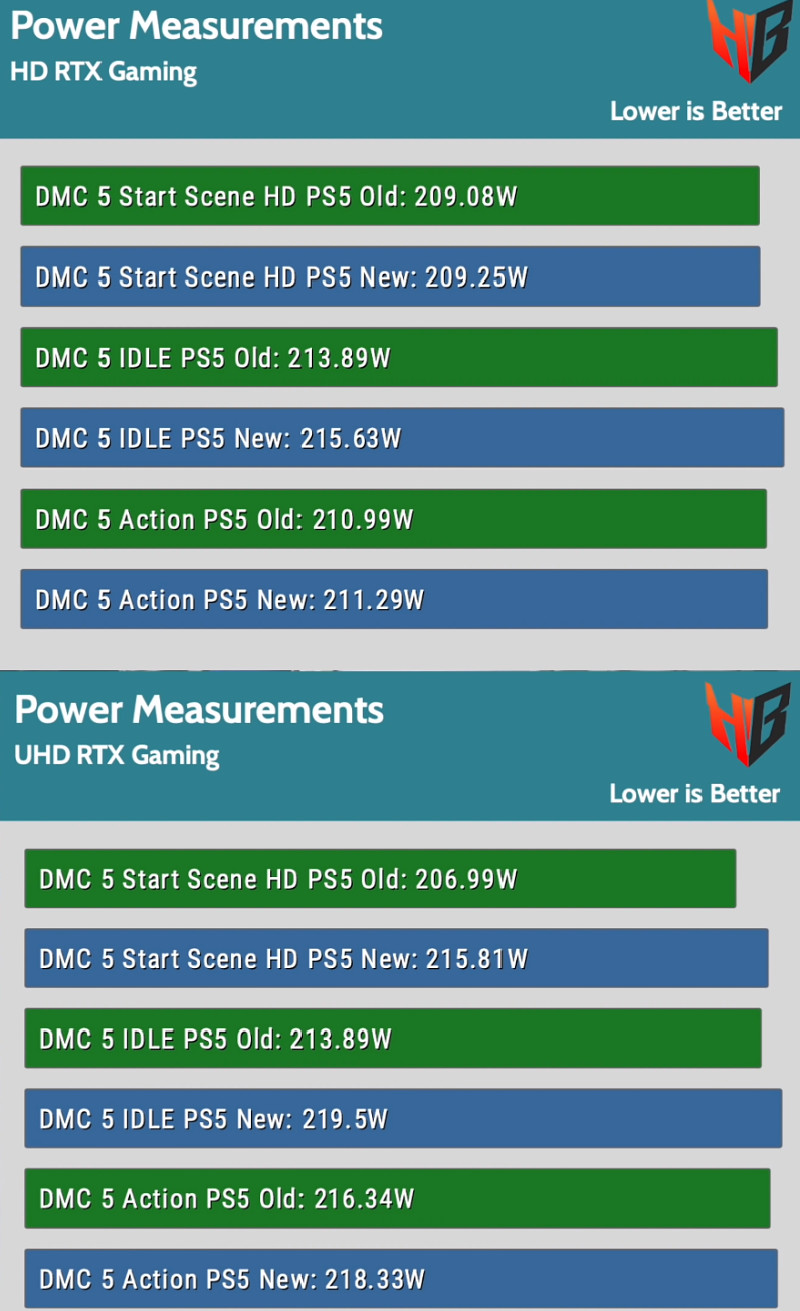 However, there is a catch. It seems the temperature on the NAND memory has gone up to 48.2°C on the new console which previously was 40.8°C. Hence, overall it seems Sony has perhaps made the conscious choice of cutting down on the heatsink fins so as to better the cooling on the PS5 APU itself, albeit at the cost of higher temperatures on the NAND part.