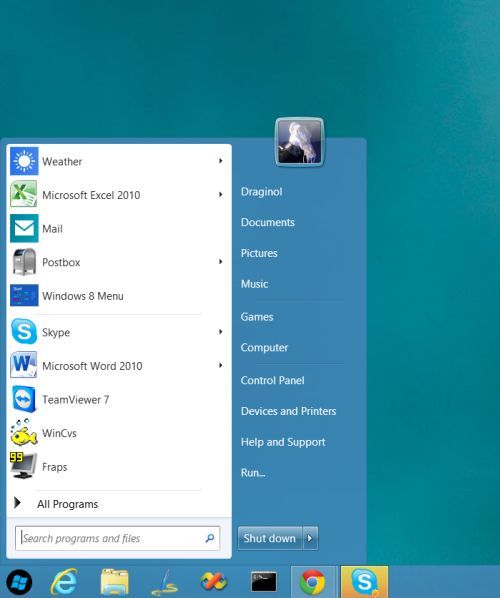 A few days after Microsoft launched the Consumer Preview build of Windows 8, developer Stardock launched the first beta of Start8, which aimed to give a version of the familiar Start menu to Windows 8 Metro owners. Today, Stardock has released a new and free beta of Start8 that adds quite a few new features.

While previous versions of the Start8 beta only put in a start button that opened up the "Modern" user interface for Windows 8, this new version has a number of new features, including:

You can check out a video showing off how the new version of Start8 works below. It will work with both the preview and final versions of Windows 8.