Samsung's cats are leaping out of their bags at an astounding rate, following the earlier revelation of the company's new Windows Phone 8 handset, the ATIV S, and its first Windows RT device, the ATIV Tab.

Ahead of an expected official announcement later today, The Verge has revealed two Windows 8 tablets, the ATIV Smart PC and ATIV Smart PC Pro. Both devices feature 11.6" displays with Full HD (1920x1080px) resolution, as well as a keyboard 'dock'. 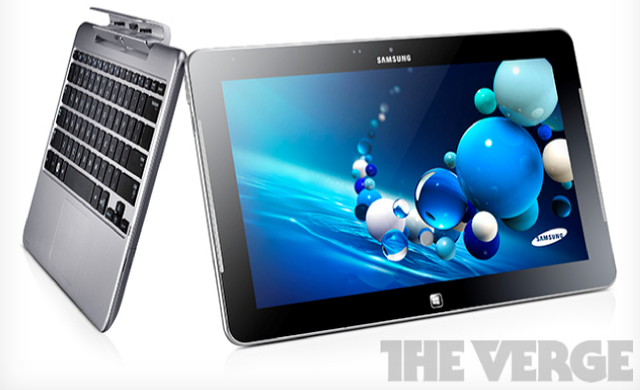 Both devices are also said to include support for Samsung's S-Pen stylus, allowing users to annotate directly onto the display; Samsung will bundle its own S-Note app to complement other apps and programs that support stylus input.

The Pro version is believed to have an Intel Core i5 processor, while the 'standard' version is said to feature an Intel Atom chip.