It's been over three years since the tiny Raspberry Pi computer was first announced, and more than two years since it went on sale. Since then, millions of the devices have been sold, and thousands have been given away too, including some to students, to help inspire a new generation of programmers and developers. 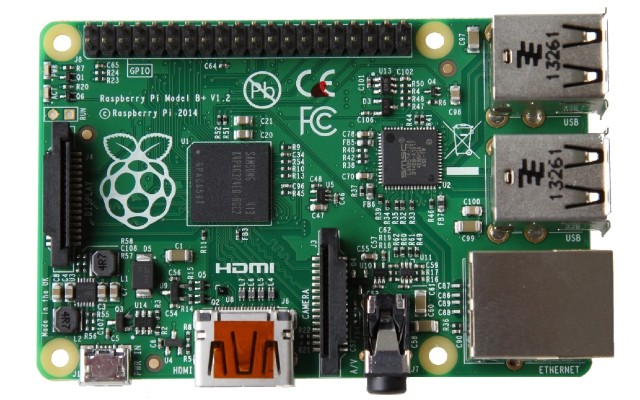 Today, a new version of the Pi has been launched, with added capabilities and lower power consumption. Known as the Model B+, the Raspberry Pi Foundation describes it as "the final evolution of the original" hardware, and it will be sold at the same price - just $35 USD - as the most recent Model B version.

The B+ uses the same BCM2835 processor as its predecessor, with the same software and 512MB of RAM. But numerous improvements have been made to keep the device up to date, including two additional USB 2.0 ports (bringing the total to four), a push-in-push-out microSD slot (replacing the former 'friction-fit' full-size SD) and a reduction in power consumption of between 0.5W and 1.0W.

Additionally, the audio circuit now gets its own integrated low-noise power supply, and the GPIO header is now a 40-pin unit, while still retaining the same pinout for the first 26 pins as the Model B. The layout of the device has also been improved, moving the USB ports right to the edge of the board and relocating composite video to the 3.5mm jack, as well as adding four 'squarely-placed' mounting holes.

The Foundation anticipates considerable demand for its latest model, which is why it will be keeping the older Model B in production "for industrial customers... for as long as there's demand for it." The Model B+ goes on sale today - check out the video below to find out more about it.