Microsoft first launched the beta testing program for its internally developed, but still official, Facebook Windows Phone 8 app back in April and since then the app has received a number of updates to fix bugs and add new features. Today, yet another new update to the app was released to the wild and this one adds two features that should be used quite a bit. 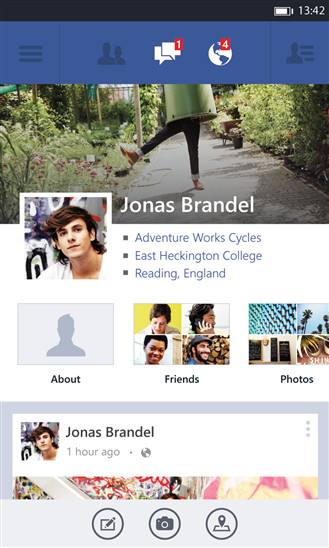 The new 5.0.2.1 version of the Facebook app now lets users unfriend someone from inside the app for the first time. It also lets users unlike a page if they desire. Let's face it; if you use Facebook at all, there have been times when you wish you could go back and unlike a page that you thought was cool or unfriend someone that you really just don't know anything about. These two new additions will be welcomed by those of us who wish to do this on occasion.

In addition to those two features, the beta app fixes a bug that was causing the app to not clear its notification counts. Finally, the beta has some stability and performance improvements but specifics were not announced. So far, there's no word on when the Facebook Windows Phone 8 app will move out of its current beta stage.