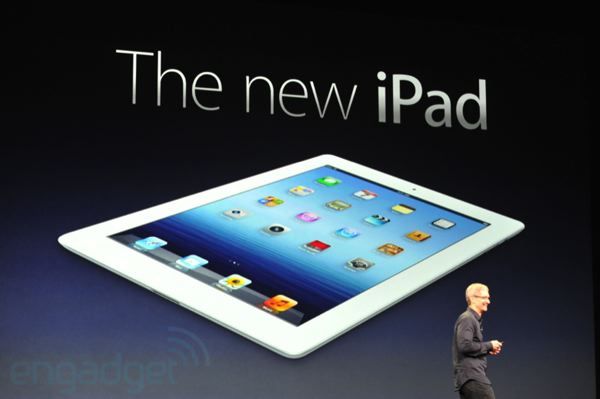 As promised, Apple has announced a new version of its best selling tablet, the iPad. As reported by Engadget, the tablet has much of what was rumored beforehand to be included in terms of hardware. That includes a Retina touch screen display that supports 3.1 million pixels and a resolution of 2048x1536.

The new iPad also has, as expected, a A5X processor and a quad-core graphics chip which Apple CEO claims is four times as powerful as NVIDIA's Tegra 3 processor. It also supports the faster LTE wireless networks from Verizon and AT&T. It can also serve as a wireless hotspot. Apple claims that even with LTE running, battery life on the tablet is expected to be nine hours. Users can also check out a five megapixel rear facing camera.

Update 2 - In an unusual move, the official name for the third generation iPad has been revealed to be ... The new iPad. Nope, not the iPad 3 and not iPad HD. Weird.