Whoever tells you size doesn’t matter really need to stand up and look at the smartphone world. Devices are getting taller and wider, but they are also getting thinner. The latest phone to push the boundaries of useable electronics, without it bending or breaking, is the ALCATEL ONE TOUCH Touch. 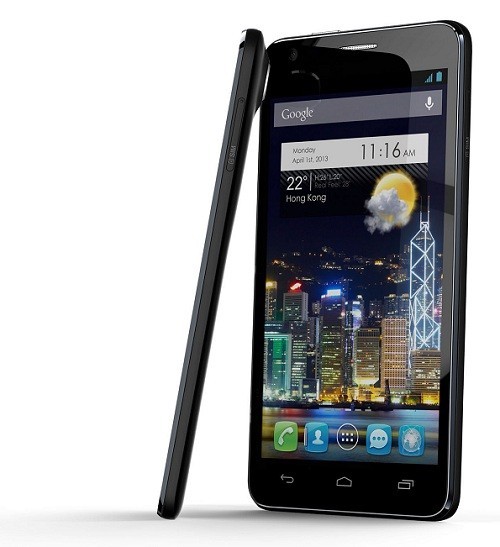 The ALCATEL ONE TOUCH Idol Ultra

Measuring a minute 6.45mm, the rest of the specs, that’s known at least, aren’t too shabby either considering the profile on this device:

Nicolas Libell, President of the Americas and Pacific for ALCATEL ONE TOUCH has said:

The ALCATEL ONE TOUCH brand has grown exponentially since entering the U.S. market eight years ago. And with the launch of our new smartphone collection we plan to take things to the next level.

A bold statement indeed, but does the next level mean that devices have to get thinner to push the boundaries of electronics? As a comparison, the iPhone 5 is 7.6mm, the Samsung Galaxy S III is 8.6mm and the Nokia Lumia 920 is 10.7mm. From the images shown, the camera lens seems to add a few more mm to the overall thickness, if you want to pick holes at the size that is.

The ALCATEL ONE TOUCH Scribe HD

Finally, the ONE TOUCH Scribe HD is a 5” phone in the Galaxy Note vein, the first to utilise the MediaTek MT6589 quad-core chipset. The device also supports 4G for mobile data, 8MP rear camera and a 720P front facing shooter. Like the Idol Ultra and the Idol, it runs Jelly Bean.

These mobile devices represent a small portion of the Android smartphones that the company will bring to market globally in 2013, and that will be brought to the public eye for the very first time at CES.

Would you be happy to have your phone get thinner? Or would you be afraid of breaking the device if it continues to slim down? Would you boast about owning an ALCATEL smartphone?