Hello Games today announced its next-generation upgrade plans for No Man's Sky as the Xbox Series X|S and PlayStation 5 launches inch closer. The free enhancements aren't just on consoles though, as PC version players will also see the graphics upgrades arrive for their systems, though they are recommended for higher-end hardware owners.

On the graphics side, Hello Games is turning up alien environment details to 11, with higher resolution planet terrain textures, greater draw distances, improved shadows, better detailed geometry, as well as denser grass, flowers, fungi, and rocks. The Xbox Series X and PlayStation 5 consoles will be able to play the space title at 4K 60FPS, however, Xbox Series S players will have a choice between "high quality native resolution at 30fps or high performance at 60fps modes." 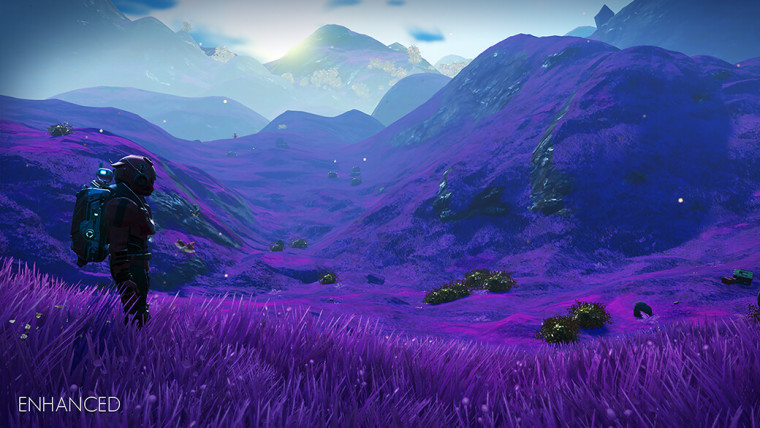 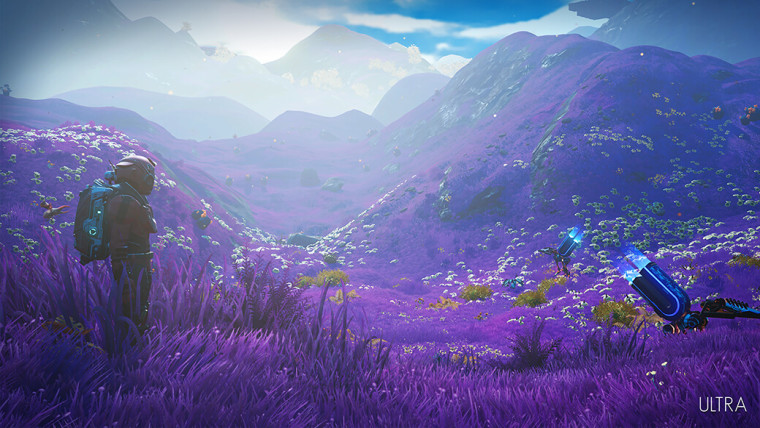 According to the developer, warping speeds on the next-gen consoles are up to 10 times faster than on current-gen offerings. 32-player multiplayer support is finally coming to consoles with this upgrade too. Moreover, the base building aspect is being improved to offer larger and more complex structures. The current cross-play capabilities will also be extended to the upcoming Xbox and PlayStation systems.

Meanwhile, the PlayStation 5 version is receiving some extra goodies utilizing its new technologies such as haptic feedback on the Dual Sense controller, 3D audio, and virtual reality support through PSVR backward compatibility.

The aptly named No Man's Sky: Next Generation update will be landing in a few weeks to launch alongside the new consoles. The full patch notes for the update can be seen here.