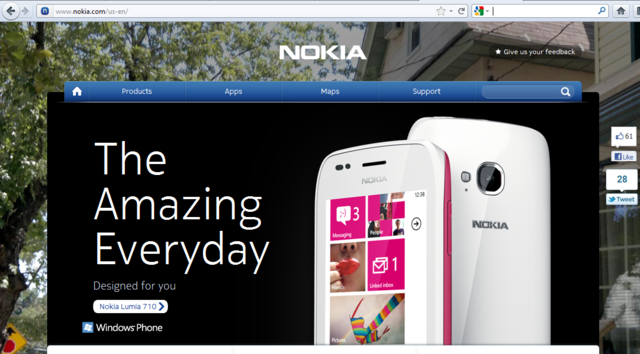 The press invites are still hot off the inbox but for those curious about what device T-Mobile will be launching, it will most likely be the Lumia 710. If you take a look at the Nokia website and select the US as your region, you can see the Lumia 710 plastered all over the website.

Also, to build on this speculation, the Lumia 710 passed through the FCC a few weeks back which makes it a reasonably accurate guess to say that we should see the Lumia 710 at the T-Mobile/Nokia event.

How much longer will we have to wait for the Lumia 800 to make it to the US shores? Hopefully not that much longer as current speculation suggest that it will land on AT&T in early 2012.