The Fall Update to the Xbox 360 Dashboard finally went live yesterday (despite a last-minute hiccup holding things up for a few hours), and today, Microsoft made launched another long-awaited Xbox feature: the Xbox Companion app for Windows Phone. 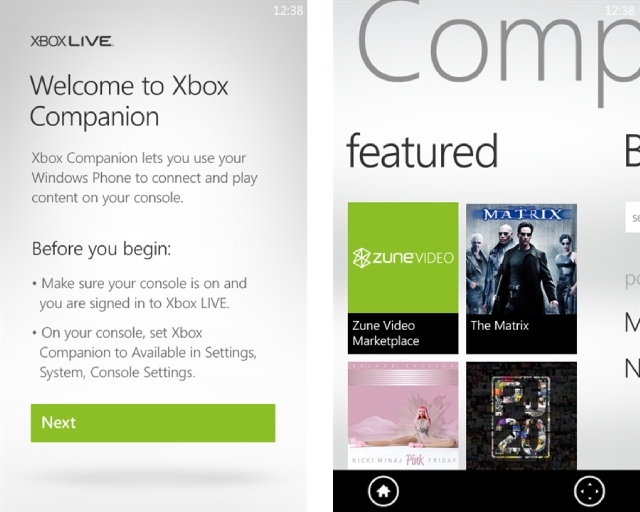 As its name suggests, the app makes your Windows Phone a ‘companion’ device to your Xbox 360 console. It enables you to search for TV shows, music, movies and games on your Windows Phone, and then play them on your Xbox. When viewing information on games and other content, you can also review other details, such as friend activity, achievements and related content.

You can even use your handset as a navigation device to move around the new Metro-based user interface on the console.

You can download the Xbox Companion app from the Windows Phone Marketplace now.

But while the new app for Windows Phone has been expected for some time, the new My Xbox LIVE app for iOS may come as more of a surprise to some. This new free app allows Xbox LIVE members to send and receive messages from friends, manage and edit your Xbox LIVE profile, edit your avatar and even compare and review game achievements. 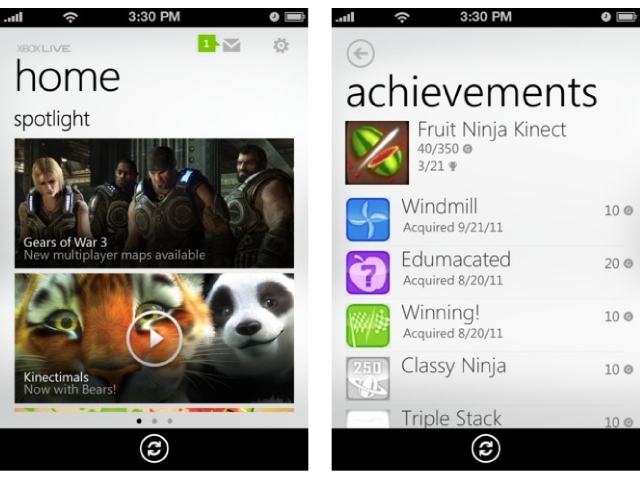 Some people may consider the availability of an Xbox app on a rival platform to remove one of the unique propositions of the Windows Phone platform. Microsoft’s Major Nelson (aka Larry Hryb) points out that the iOS app for Xbox LIVE has far fewer features than the Windows Phone version.

Additionally, you'll need iOS 4.3 or higher and users won’t be able to play Xbox titles on their devices while users of Windows Phone enjoy access to these games, as well as tighter integration with the Xbox suite through the Games hub.

My Xbox LIVE is available for all iOS devices, including the iPad, and can be downloaded free from the App Store right now.