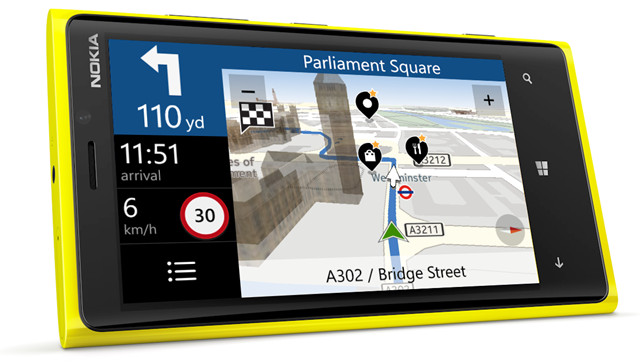 The app gives users voice-guided turn-by-turn navigation, with offline support, in 89 countries around the world, and there are over 60 different voice guidance packs available for download for use in the app. It contains landmarks in the map to better guide its users and includes settings that will let users avoid toll roads, railroad crossings and other such obstacles.

This is certainly one of the best free apps ever made for Windows Phone so it's cool that Nokia and Microsoft are now allowing the app to be used by phones such as the HTC Windows Phone 8 and the upcoming Samsung ATIV Odyssey, even if it is technically in beta.