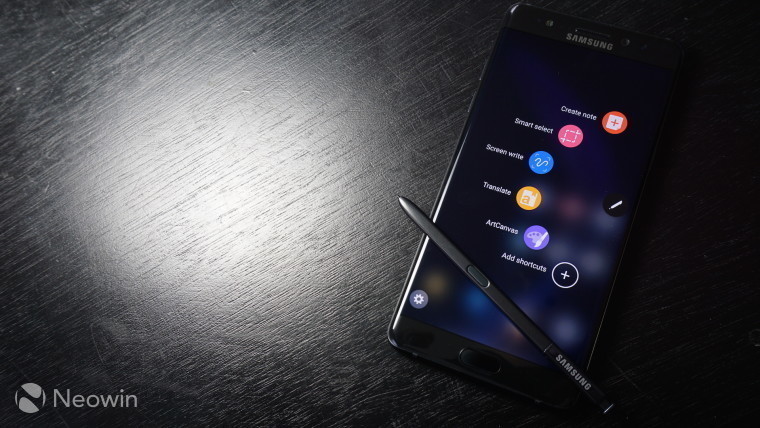 Samsung’s recent fiery issues have been well documented ever since the company’s latest flagship device, the Note7, started catching fire and exploding due to defective batteries. But, following a massive worldwide recall, Samsung has now announced that the new Note7 devices are officially once again available for purchase.

On the announcement post on its website, Samsung says that sales of the new Galaxy Note7 devices restarted in South Korea on October 1st, with other markets around the world following suite in the coming weeks. Of course, some lucky users have already been able to purchase the new Note7 phones, as they went on sale in the US far sooner than expected.

The updated devices feature batteries that no longer suffer from the fatal flaw which saw countless Note7 devices self-ignite or explode and pose risks to users. To make sure you’re using one of the updated devices, Samsung included a new green battery indicator as part of the phone’s software. Users are also encouraged to look for the distinctive square symbol on the phone’s packaging, which is only used for the new models.

On the eve of the relaunch, Samsung put up “experience zones” showcasing the Note7’s features ﻿in South Korea and possibly other markets. In our own extensive review, barring any battery issues, we found the Galaxy Note7 to be an exquisite device that built on Samsung’s previous work and refined its designs.

If you were considering jumping on the Note bandwagon now might be the best time to do it, given Samsung’s willingness to repair its public image and take care of its customers.