NVIDIA launched its Shield portable Android gaming console in mid-2013 with much fanfare but since then, the company has been fairly quiet about the product. Today, it announced quite a few updates that will be coming to Shield owners in the next few weeks and months, and also cut the price of the console down $50 to just $199 from now until the end of April. 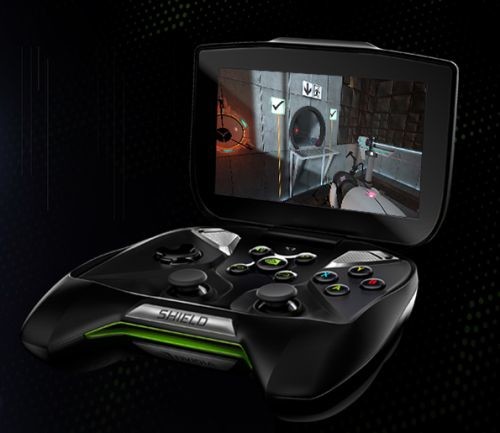 In addition to the price cut, NVIDIA says a upcoming software update will allow owners to stream and play games from their home PC over any WiFi connection with at least 5Mbps of bandwidth, rather than just from their home network. Support for Bluetooth keyboard and mouse is also due in the update that is coming April 2nd. Finally, it plans to to release a new version of its GeForce Experience desktop software so that any PC app can be streamed to the Shield.

If that was not enough, NVIDIA has announced in a separate release that it is working with Valve to launch a version of its acclaimed puzzle shooter Portal that will run natively on the Shield. Details about the port, including a price and release date, were not announced.