Newly inaugurated President Barack Obama has won the first major battle of his administration, the fight to keep his Blackberry. But when you're the leader of the free world, not just any Blackberry will do. Obama's new smartphone is reportedly a SectÃ©ra Edge made by General Dynamics, not exactly something you'll be able to pick up at your local Sprint store.

First off, the president's new Blackberry isn't technically a Blackberry, at least in the traditional sense. It runs a specialized version Windows Mobile with additional Blackberry software on top. When your job takes you across the country or around the globe at a moments notice, you don't have time to worry if you'll be in your coverage area, so the SectÃ©ra Edge has global roaming over both GSM and CDMA networks. It also features advanced encryption of all traffic, including phone conversations, via the National Security Agency. 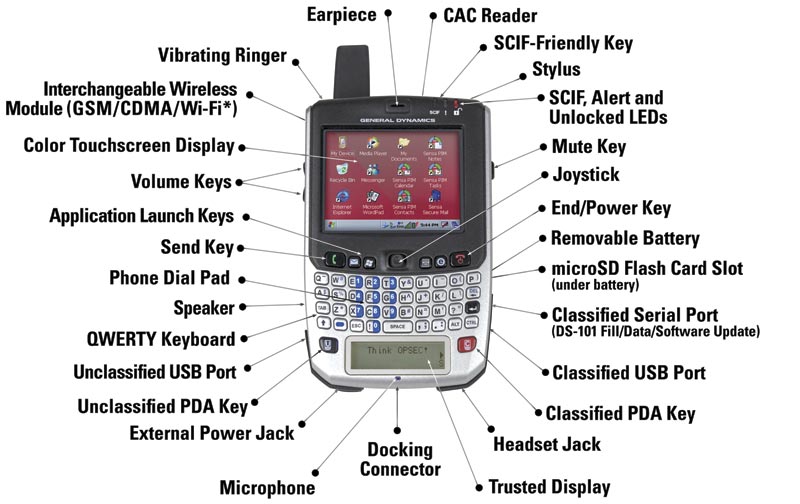 While not the most attractive of phones when compared to the some of the other Blackberry models Obama was probably used to, the phone makes up for it in an abundance of ports and features.

"Use will be limited and the security is enhanced to ensure his ability to communicate but to do so effectively," White House Press Secretary Robert Gibbs explained in his first conference with reporters today.

Gibbs also explained that because the president's e-mail traffic will, with very few exceptions, be subject to the President Records Act it will all be preserved for historical purposes. Ever since the election, Obama has been adament about feeding "his addiction" and the decision for him to keep it is "a compromise that allows him to stay in touch with senior staff and a small group of personal friends," Gibbs said.

Past presidents have made no significant use of email, at all.