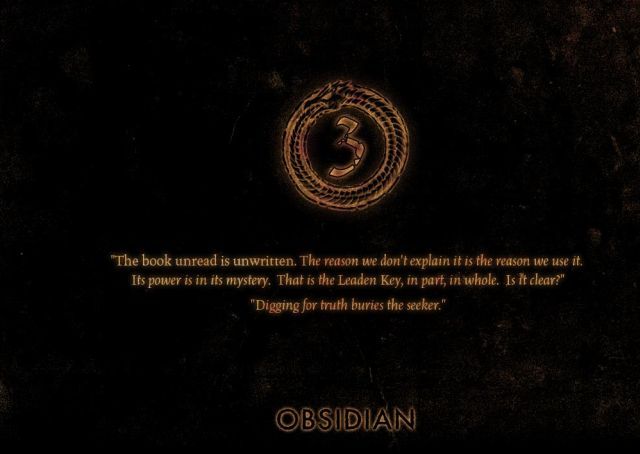 Obsidian Entertainment is clearly working on a new game, but the developer behind titles such as Fallout: New Vegas and Dungeon Siege III is not quite ready to reveal its plans yet. That isn't stopping the developer, best known for its RPG titles, from offering the public some teasers.

The official Obsidian website started up its teaser campaign on Monday and seems to be counting down to a full reveal for Friday. Some people are speculating that the announcement is related to a possible game based on The Wheel of Time fantasy novel series by the late Robert Jordan. Obsidian did announce a partnership with Red Eagle Games to help make such a title in 2010. However, none of the teaser's words seem to match up with anything in the Wheel of Time's mythology.

Currently, Obsidian's only announced project is South Park: The Stick of Truth. The RPG, based on the long running animated TV series, is supposed to be published by THQ in the first quarter of 2013. There have been unconfirmed rumors that the developer was working at one point with Microsoft on an unnamed game that would be released for the next Xbox console. However, those same reports claim that Microsoft has since cancelled that game.