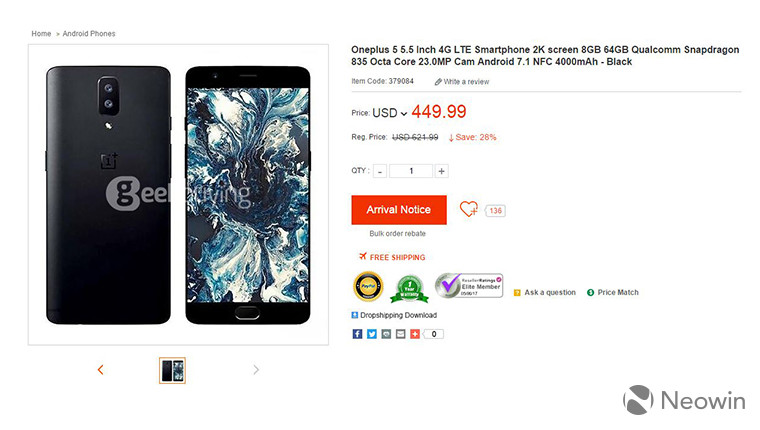 Yesterday, it emerged that the successor to OnePlus' 3T would be called OnePlus 5, and it would be coming this summer. Now, a pre-order listing on a Chinese retailer's site has revealed not only an image of it, but also the specs and pricing of the handset.

While it may seem weird that the handset maker is skipping a number, it does make some amount of sense when you consider tetraphobia, a belief that the number four is unlucky - a widespread superstition in east Asian countries, including in OnePlus' home market of China.

The image above showcases the handset in black, features smaller bezels, and a dual-camera setup on the back. The full listed specifications are as follows:

For the time being, the only available colour listed is black, and while the pricing has been revealed, there's no sign of an actual launch date.

What do you think of these specifications and price points? Sound off in the comments below!

Thanks to The_killer in the forums for the tip!