Yesterday, several news sites reported that Mac OS X 10.6 was listed for a short while as shipping within 24 hours on the Apple Store online. This glitch follows reports from several Apple rumor sites that Snow Leopard is due to launch as early as this month. Apple has still not announced a ship date for Snow Leopard and Apple officials were quick to say this was simply a mistake.

This also follows a report from MacRumors which received what is supposedly box art for the new operating system. The images depict what would be the Portuguese version of Snow Leopard. 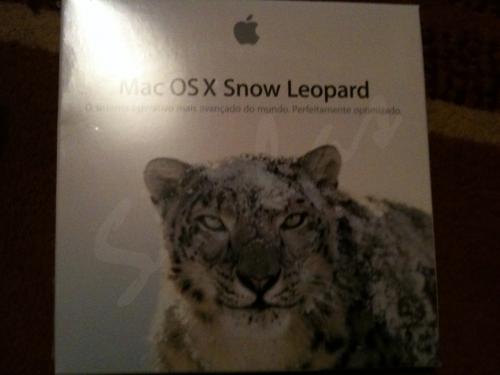 As previously reported, Mac OS X 10.6 represents a series of refinements "from installation to shut down." Snow Leopard is faster and more efficient while taking up a smaller footprint. Improvements include native 64-bit applications, a faster and smaller install and native Exchange support. Leopard owners can purchase the 10.6 upgrade for only $29, Tiger owners will need to buy the entire Mac Box Set including iLife and iWork for $169. Family Packs for each version are also available.

Apple is still not offering pre-orders of Snow Leopard to the general public, only those who purchased an eligible computer through their Up-to-Date program can get a pre-order. This glitch marked the first time that Snow Leopard had actually appeared on the Apple Store website. Several other retailers however have been offering pre-orders for several months now, but still, with no estimated date of release.