Microsoft was met with backlash when it announced its plans to retire older versions of Skype in favor of the completely redesigned version 8, which would have happened at the start of the current month. The news was so poorly received that it took the company less than a month to backtrack on that decision, with the promise to bring all the requested features onto the latest version of the messaging service.

Since then, the team has already made strides towards making the experience a little more pleasant, removing unwanted features that may have made it too complicated, and simplifying the general look and feel. But the work is not over and, today, a handful of other improvements have been announced on the Skype community forums (via OnMSFT). This time, the changes revolve the Online/Away states, and they're likely to be welcomed by long-standing fans of the service.

For starters, on desktop devices, your online state will no longer go away as soon as you minimize the app. You'll be online as long as Skype is running and you're using either a mouse or a keyboard, which seems to indicate that this won't affect those who are using touchscreens. It's unclear how this will affect the Windows 10 app, as it behaves somewhat differently from apps outside of the Store. Closing the main Skype window doesn't leave it in the system tray, so it's possible that the app won't be considered to be running once the main window is closed.

Microsoft is also taking a different approach to how users can control their presence indicators on Skype. Going forward, there will be four states to represent your presence to your contacts: Active, Recently Active, Away, and Not Active. You can see how each state works in the table below:

The biggest change here is that you can now manually set the Away state, much like how you could in previous versions of Skype. For users on older versions of Skype, the new states will work as expected, with the only important difference being that both the Recently Active and Away states will display as Away. You'll notice that the Invisible state is gone, and this is because it's being replaced by a new "Hide my presence" setting, which will do exactly what the name implies. Much like before, if you hide your presence, you won't be able to see that of others, either. 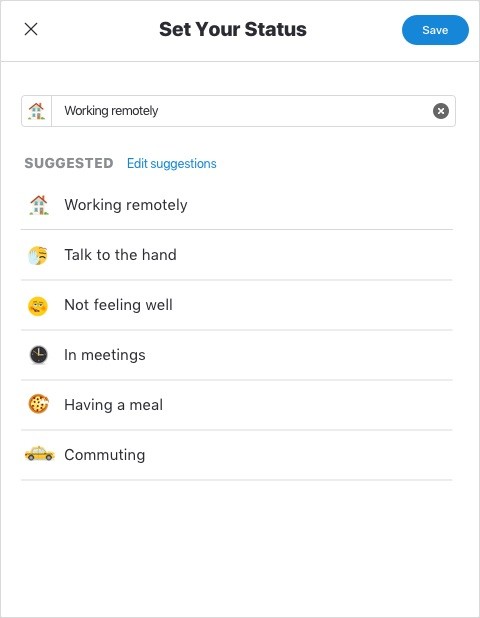 As for Do Not Disturb, the team says users complained that the name felt too rude. To address this, a Quiet Mode will be implemented instead, silencing all incoming notifications when active, and you'll still be able to use a custom 'Do not disturb' status to indicate you don't want to be contacted at that time. But that's not all. If you'd like to let your contacts know that you're busy for a specific reason, you'll be able to choose from a number of preset statuses to let them know that you're commuting, in meetings, or just not in the mood to talk.

As a bit of a side note, Skype is also bringing some smaller improvements to the Skype apps. Peter Skillman, director of design for the service, said on Twitter that you'll soon be able to save a new phone number in Skype from your contacts and the dial pad. Additionally, you'll be able to edit and add numbers to existing Skype contacts sometime after that.