Ori and the Blind Forest was released on this day – March 11 – in 2015. I remained oblivious to it, though, until very recently. In fact, I finished that game just a couple days before I got my hands on Ori and the Will of the Wisps. I was essentially pressured into playing The Blind Forest, as it appears certain members of the Neowin staff have nothing but praises for it.

Just having finished Ori and the Blind Forest, with it fresh in my mind, I started my playthrough of Ori and the Will of the Wisps, and it felt as if I was playing the same game, but with more of everything. Typical of a sequel, you might say, but allow me to be more thorough, with this review. 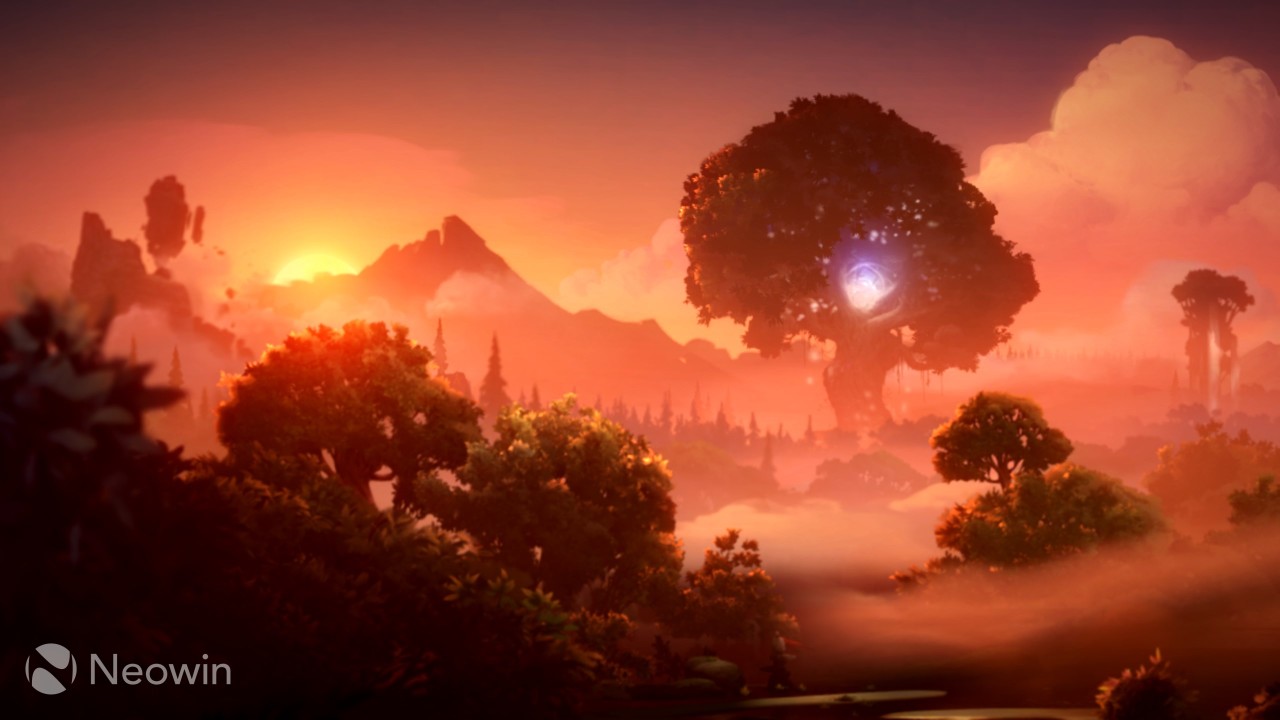 Just jumping on a branch is now more… fun; it's satisfyingly supple.

Ori and the Will of the Wisps is a grand experience compared to the first game. It’s a bigger, more beautiful world that’s full of life – both friendly and hostile – split into regions, each with an incredible soundscape; and the game’s size reflects that: long gone is the reasonable download size of 3.8 GB that The Blind Forest’s Definitive Edition was bundled into, because this game needs 15 GB of your storage. It’s measly compared to most high-budget games releasing this year, but a substantial jump, nonetheless. It’s worth that, though. Do keep in mind that storage requirements seem to be different for some reason across available platforms.

Just jumping on a branch is now more… fun; it's satisfyingly supple. Something that felt very static in the previous game is now responsive. That’s just a silly example, but it’s these little details that make this game feel more alive than its predecessor.

One thing The Blind Forest did well but is perfected in Will of the Wisps is making its biomes distinctly unique. You can see the labor of love that went into making each area. Along with the unique environments, there are unique puzzles as well. There are a few areas of the world that take some inspiration from Portal, but they don’t let you play much with momentum. They are merely used as gateways to teleport from point A to B, for the most part. There are exceptions to that in certain parts of the game, as if the developers figured out how to think with portals mid-way through the development; that inconsistency, though, is quite disappointing. These portals however, are not used as replacements for the first game's spirit wells, but rather in certain instances for puzzles.

Will of the Wisps also adds things like Spirit Trials and Combat Shrines. As the name suggests, Spirit Trials have you race other players - or, if you want, against yourself -, competing for a spot on the leaderboards. Combat Shrines, on the other hand, spawn waves of enemies that you must survive.

Also, this time around, not everything in the game is trying to hurt you, as there are the friendly meerkat-lookalikes called Moki guiding and helping you through the campaign. Along the way, you will meet Twillen, Lupo, Tokk, Grom, Motay, Opher, Tuley, and many others.

I am emphasizing this because it sets the pace for the game. These characters huddle up in a cozy homestead, that you may improve by collecting ore scattered and hidden around the world. You always have something to do because of these additions. These characters are constantly giving you side quests; some merely want a little soup, while others may ask you to explore a dark cave. 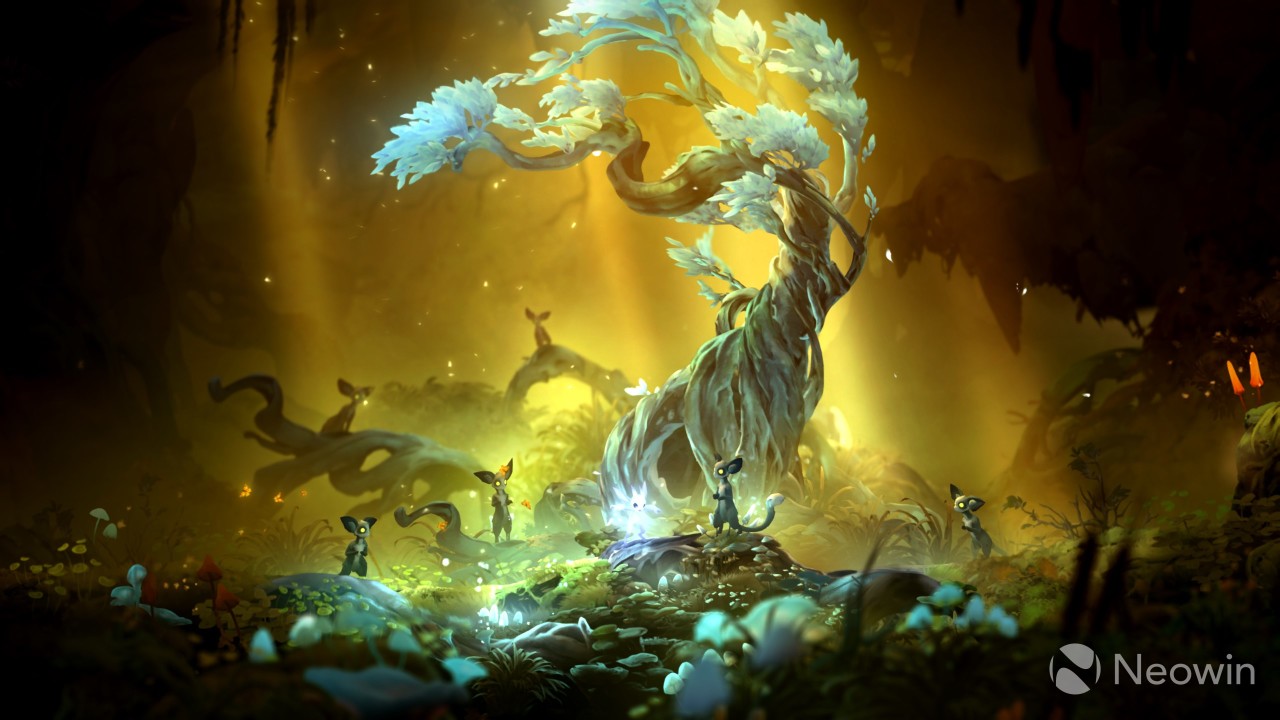 In those dark caves you may find new enemies; each biome, along with its unique soundscape and art, also introduces new enemy types, which aren’t always unique per se, but they may just look different. If you liked combat in The Blind Forest, you would find it to be more complex in Will of the Wisps. That’s not a bad thing, it’s just one of the many changes made to the combat experience.

Will of the Wisps has twelve abilities in total, of which three can be equipped at a time. These can be unlocked by finding and triggering the ancestral trees scattered around the map or can also be obtained by interacting with a certain character. There’s good variety though, and they aren’t all combative; there’s one that gives you a shuriken, while another lets you heal yourself.

Additionally, there are passive abilities. At the start of the game you can equip three of these passive abilities, but you can gain extra slots by beating Combat Shrines, something that the game didn’t tell me – or at least I didn't see the game telling me –, until I had beaten one of the shrines. 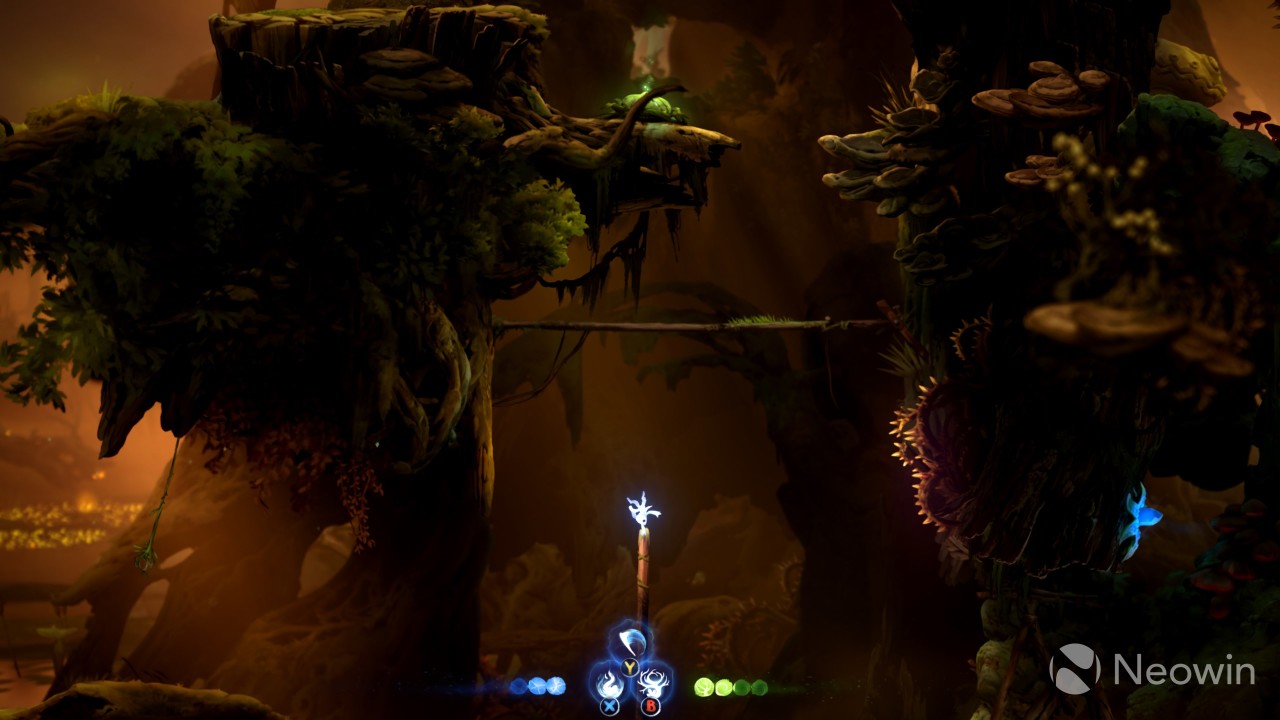 These changes bring more complexity to the game, but that added complexity can also make it more cumbersome. I was constantly second-guessing myself during boss fights, thinking whether I had missed on grabbing a certain ability that would make that battle easier. That’s not something I worried about in The Blind Forest – I finished that game without unlocking the Air Dash ability. Granted, that ability was only introduced with the Definitive Edition, but I found it impressive, on the part of game design, that I could finish it without unlocking all the movement abilities.

Speaking of boss fights, they felt like a chore. Ori excels at movement, and that’s fun during boss fights too, but the combat felt repetitive and, sometimes, frustrating. There’s good variety to the bosses, but aside from one or two unique attacks, they all seem too similar, just looking a bit different.

Escape scenes are the main attraction, though. That fast-paced move-or-die situation makes your heart ramp up, demanding your unfettered attention. And the game embraces this; you can quick load any of the escape scenes you have finished straight from the main menu.

A couple of boss fights also combine escapes within them, making it a multi-stage boss fight. It's not a new idea, but it's implemented well here, and the game creates checkpoints in between the stages so it's not too frustrating. 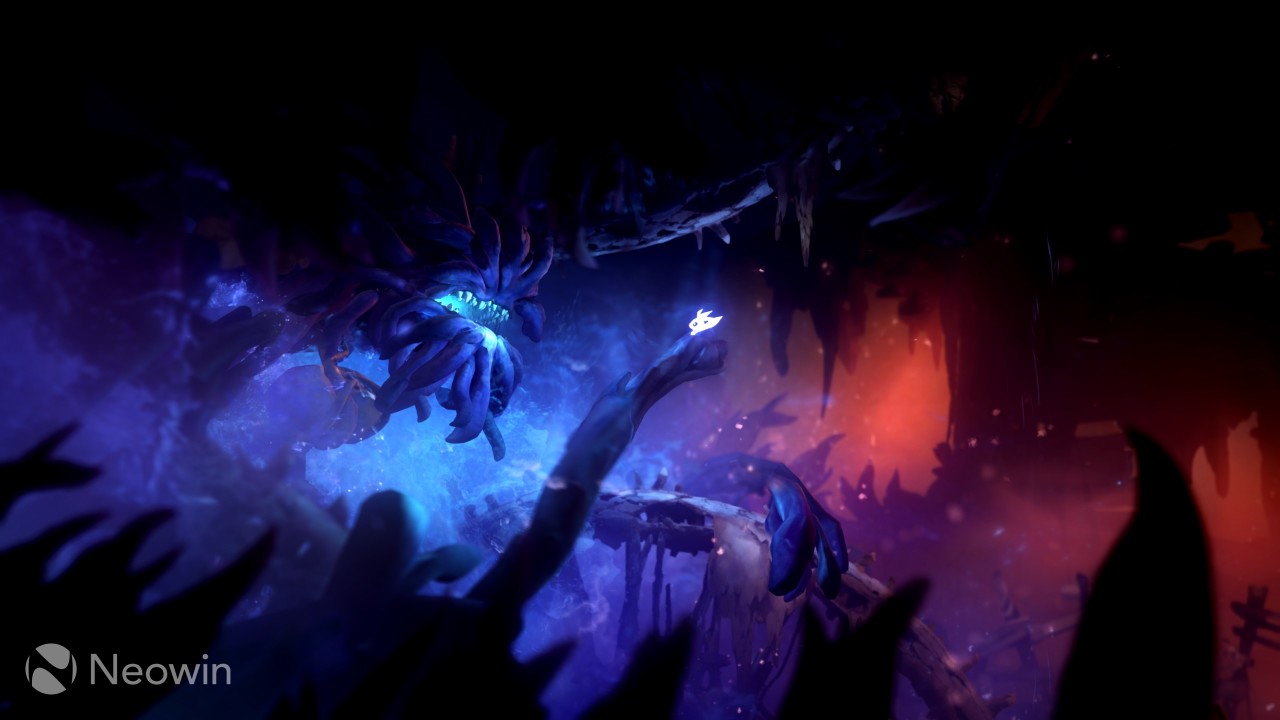 The main menu is worth talking about as well, as the game now comes with auto-saves. I no longer had to constantly remind myself to save my game before making an insane leap of faith, the game did it for me quite brilliantly. There were a couple instances where I wished I could manually trigger a save, but it wasn’t much of a frustration. If, though, the game auto-saves at a point you don’t like, you can go back a few save points in the main menu. Nearly every option from the Definitive Edition of the first game is available in the save portion of the main menu - so the ability to delete and duplicate saves, as well as to choose between Easy, Normal, and Hard difficulty -, with the exception of One Life. If you were a fan of that mode, you'll be happy to know that there is an achievement for finishing the game with zero deaths.

I encountered absolutely no performance issues, playing on a PC with an AMD Ryzen 7 2700X and an AMD Radeon RX Vega 56 running Windows 10 Version 1909; with the game running at its “Fantastic” setting, I was comfortably able to hit 144 FPS to match my 144 Hz monitor, which felt fantastic. I did experience some audio artifacts when the game was running off – granted, an old – hard disk, and while moving the game to an SSD fixed that, it is something to be noted.

A controller is a must, I realized after frustratingly fiddling around with keyboard and mouse for what felt like an eternity. The default control scheme seemed absolute rubbish to me. Using an Xbox One controller is bliss, though. You can customize the control scheme on PC, but – just get a controller of your choice. 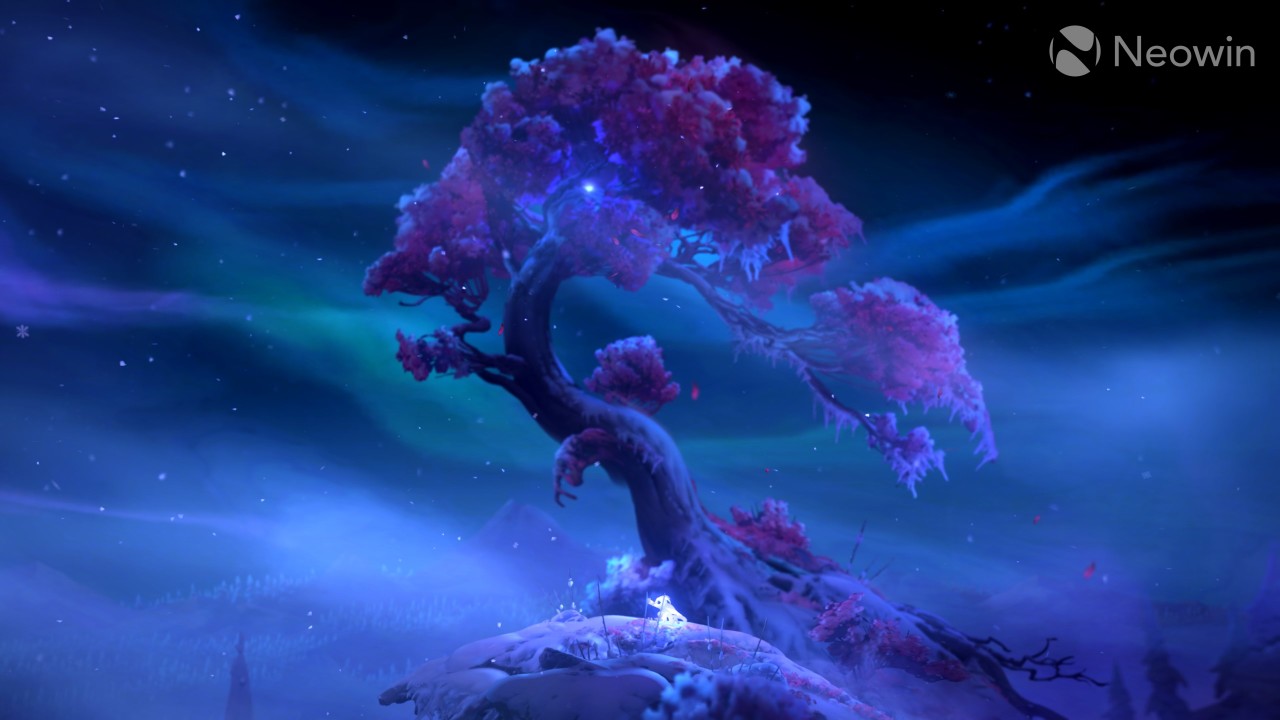 As for the story, I am not going to spoil any more of it than I already have – it is a beautiful experience that, if you choose to play through it, is certain to melt the coldest of hearts.

If you are there just for the story then there’s no shame in going easy.I do need to make a mention of the very last section of the game, which felt repetitive and unnecessary. It felt like an afterthought, just added at the last minute simply to make the game longer. It’s not that the length of the game is an issue, it took me 15 hours to finish the game at a relaxing pace, and there’s even an achievement for finishing it in four hours.

In the end, though, the game is worth playing simply for its story. In the menu the game states that it’s “meant” to be played on normal difficulty, but I would say, if you are there just for the story then there’s no shame in going easy. The game does not let you change difficulty once you start it, so you have to be careful with that choice.

In the menu, you will also find the option to quick load any of the Combat Shrine and Spirit Trial challenges as well, bringing a breath of replayability to an otherwise story-heavy game. 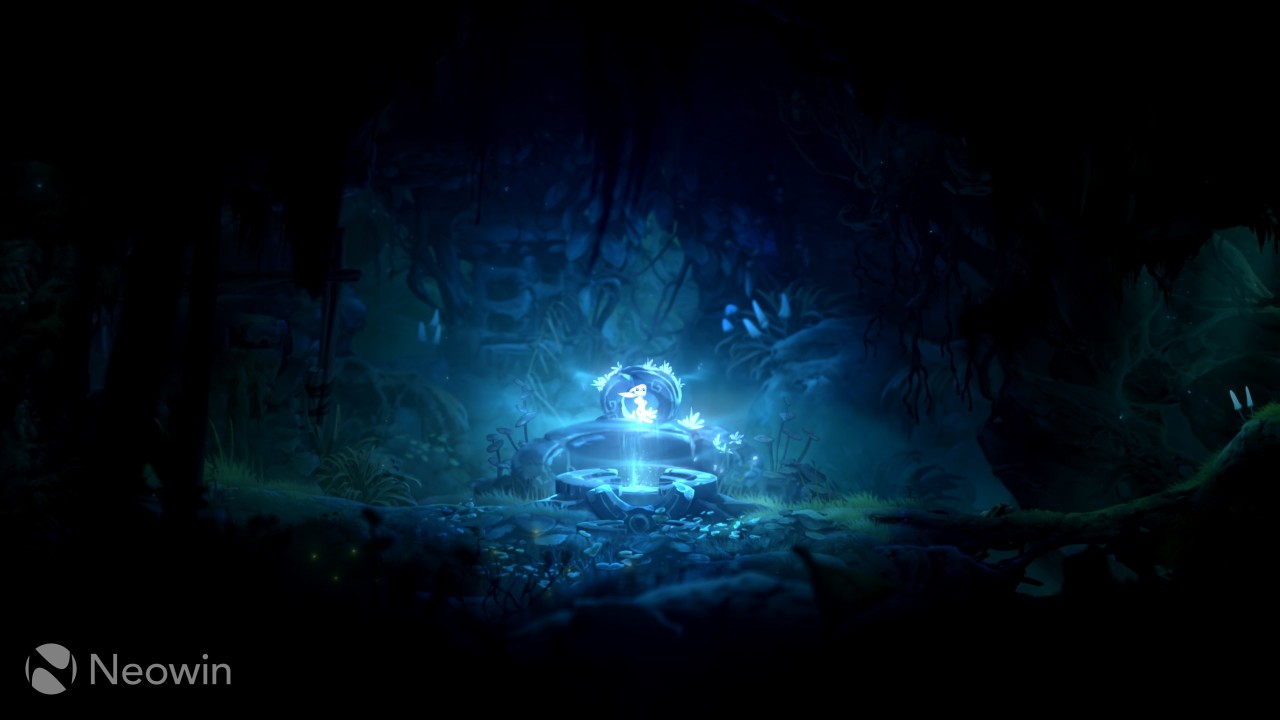 Ori and the Will of the Wisps is a masterpiece, despite its flaws. Its environments are rich with detail, the art is beautiful, the music is incredible just like it was for the last game. That’s the takeaway for me, as I mentioned in the beginning: it feels as if it’s the same game, but with more of everything.

It’s more of everything, but it seems to have too much of some things. I enjoyed Ori and the Blind Forest for its simplicity – all I had to do was explore the map using the fantastic movement mechanics, and I failed at that too by skipping on the Air Dash ability, as I mentioned. Yet, I was able to finish the game.

Ori and the Will of the Wisps offers more variety to the map, the foes, the friends, and the bosses. There’s also more complexity to its mechanics, and that’s where I felt like a bit more time in the oven could have helped.

This is the second game in the Ori saga, and for now, as far as gameplay is concerned, it’s been all about movement. Will of the Wisps drifts a bit more towards combat, and that’s where more work is needed, but the movement mechanics are still snappy, and just fun.

Neowin was provided with a Microsoft Store copy to review this game by Microsoft. Ori and the Will of the Wisps is now available with Xbox Game Pass, and for purchase on PC and Xbox One, at the price of $29.99, or the regional equivalent, at these stores: