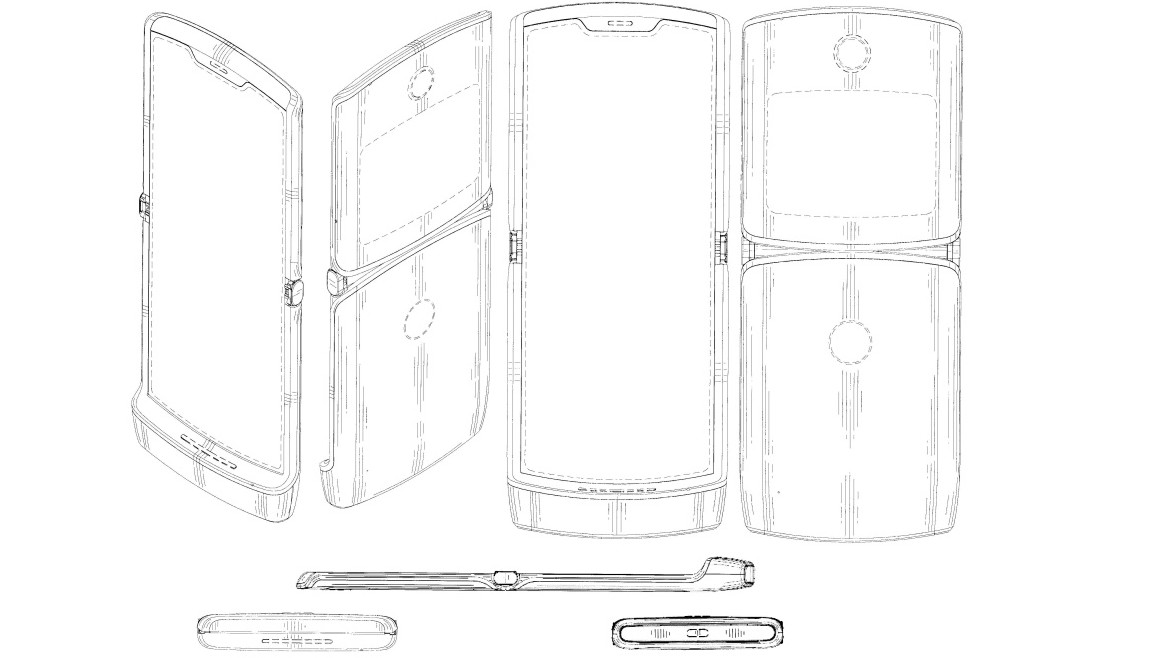 A patent filing made by Motorola Mobility to the World Intellectual Property Organization gives us a good look at what a foldable Motorola RAZR device may look like. The design of the device shown in the patent looks similar in design to that of the Motorola RAZR V3.

The sketches provided in the patent show a foldable device with a chin at the bottom and what appears to be hinges where the device will fold. Additionally, the outside of the device has what looks like a secondary display and the cameras may be located where the two circles are. However, as both the presumed secondary display and cameras are drawn with broken lines, it is technically not covered under the patent, instead just representing a possibility. The inside of the device, according to the sketch, has an elongate screen and a notch at the top.

The patent was originally filed on December 18th, and the name RAZR is not mentioned anywhere on the registration. As of now, there is no confirmation or word from Lenovo/Motorola whether such a device exists or what it will look like; however, if the recent reports turn out to be correct we might not have to wait too long to find out.