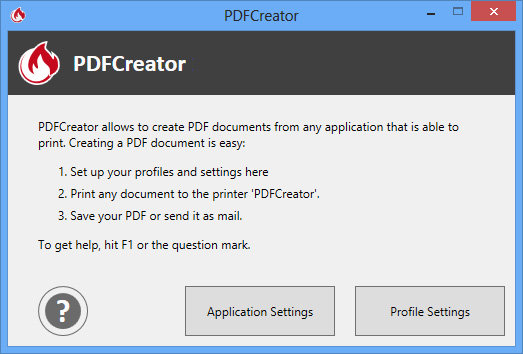 PDFCreator is an application for converting documents into Portable Document Format (PDF) format on Microsoft Windows operating systems. It works by creating a virtual printer that prints to PDF files, and thereby allows practically any application to create PDF files by choosing to print from within the application and then printing to the PDFCreator printer. PDFCreator is free, even for commercial use! It is Open Source and released under the Terms of the GNU General Public License.