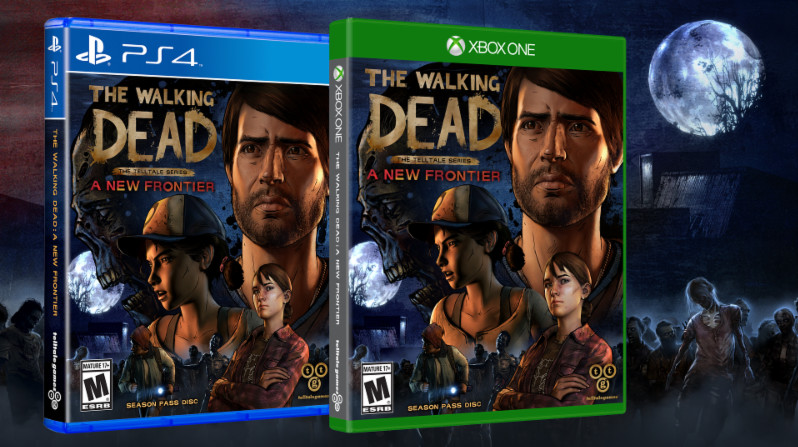 Over the holiday season, Telltale Games unleashed its highly anticipated next chapter in The Walking Dead series, 'A New Frontier'. If you weren't keen on purchasing it in its digital form, you'll be happy to know that Telltale will release physical copies for the Xbox One and PlayStation 4.

The current title takes place four years after the outbreak of zombies and puts players back in familiar territory by catching up with an older Clementine, who was one of the main protagonists from the original series. The first two episodes, 'Ties That Bind Part I & Part II' are currently available, while the third episode, 'Above the Law' , will be making its debut sometime later next month.

The physical version will come on a special Season Pass Disc for PlayStation 4 and Xbox One consoles. The disc will include the first two episodes and will grant access to future episodes in the five part series. The game will be available at retail locations in the US on February 28, while those in the EU will be able to pick it up on March 3.