The Pokémon games revealed earlier this year now have release dates, and they may be coming sooner than some have expected. Or at least, one of them is. The company also shared the box art for both of the games, which are available for pre-order now.

First off, The Pokémon Company has announced that Pokémon Brilliant Diamond and Shining Pearl will be launching on November 19. These titles are remakes of Pokémon Diamond and Pearl originally released on the Nintendo DS in 2006. They're the first games in the main Pokémon series to not be developed by Game Freak, and instead are being developed by ILCA, a small Japanese developer that helped with development of the Pokémon HOME app. This release date falls well within the usual timeframe for Pokémon games, so this isn't too surprising. The games will also be available in a double pack, another tradition for the series, and every edition is now available for preorder. 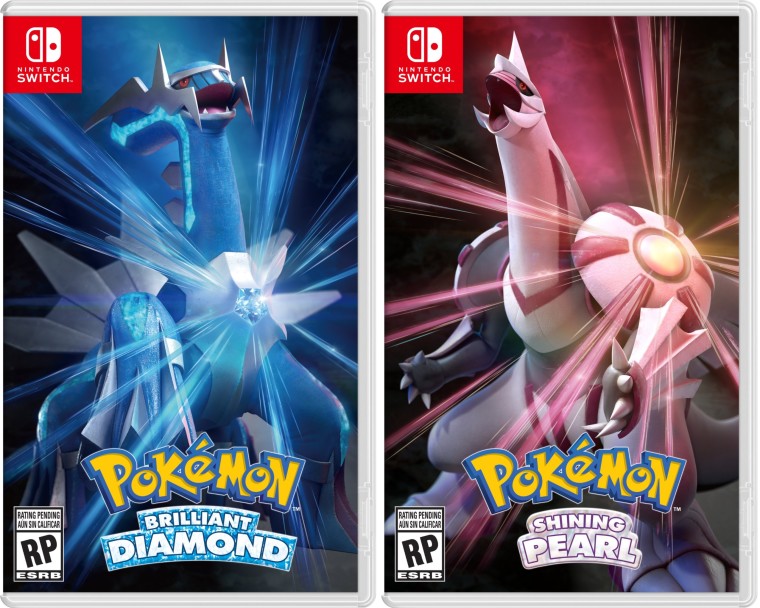 What might be a bit more surprising is that Pokémon Legends: Arceus is coming just over two months later on January 28. The game is being developed by Game Freak, but it looks to be a significant departure from the current formula of Pokémon games, featuring a large open world and more freedom of movement along with gameplay mechanics.

The game had been announced for an early 2022 release, but the initial trailer showcased severe technical limitations, so many fans had imagined a launch might be happening later. There was no new trailer released for this reveal, so we didn't get to see if the performance issues seen in the first video have been ironed out at all. If you have faith in it, though, you should be able to pre-order it now.

In addition to the release dates, The Pokémon Company also announced a new update for Pokémon HOME. In June, the app will add a new Catch Calendar feature that will let users see when they caught each of their Pokémon, and sort them in that order. The Pokédex in the app will also be updated with full 3D models for each creature so you can look at them from different angles. To round off the update, users will get a Bulbasaur and Squirtle with the Gigantamax Factor, meaning that upon evolving into their respective final forms, they will be capable of transforming into the respective Gigantamax form in Pokémon Sword and Shield.