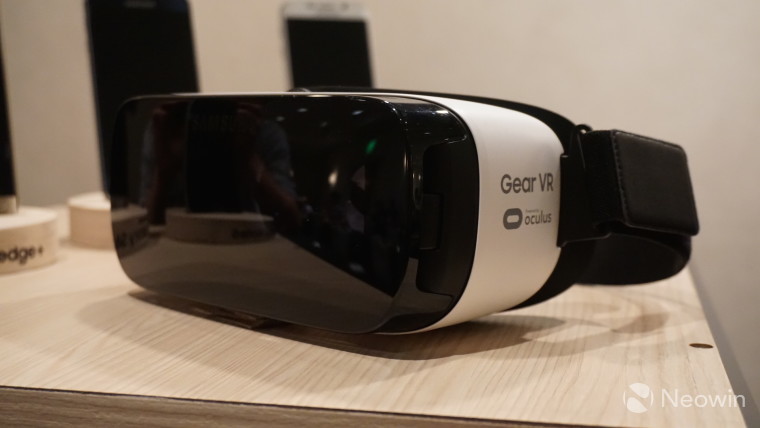 By all accounts, Samsung is getting ready to unveil its brand new Galaxy Note 7, a device that has seen countless leaks over the past few months. But perhaps more interesting, there’s now reason to believe the company might also launch a new version of its Gear VR headset, to go alongside the new phablet.

Samsung first unveiled the Gear VR back in 2014, as the fruit of a collaboration between the phone-maker and Oculus. It was also Samsung’s real first step towards the VR market, and the device has been quite successful since then. The Gear VR was also updated last year, and was used by Samsung to further promote its other products, with the Gear VR being included with pre-orders of the Galaxy S7 and S7 edge flagships.

Now, a listing at Zauba, an Indian import database, seems to point towards a new Gear VR headset, one that will likely be launched with the new Note 7. This entry, which you can see above, doesn’t give much away but does show a product code, SM- R323, for a Gear VR device. The original Gear VR Innovator Edition for Note 4 was dubbed SM- R320, while the current version of the device sports the SM- R322 code. Given this info, it would seem logical that the device spotted here is in fact a new version of the Gear VR.

The Galaxy Note 7 is rumored to come with a USB Type-C port, but the current Gear VR connects via micro USB. Given that change, as well as the small version bump, you can probably expect the new Gear VR to be only a refined version of the existing device, with a new port and small changes, and not some radical new device.

Given previous markets efforts we wouldn’t be surprised if Samsung decides to give away a new Gear VR alongside the Galaxy Note 7.

In either case, we won’t have to wait too long to find out what the company has planned, with the unveiling of the new phablet being expected at an event on August 2nd. Until then, we’ll keep our eyes and years open for any new info.