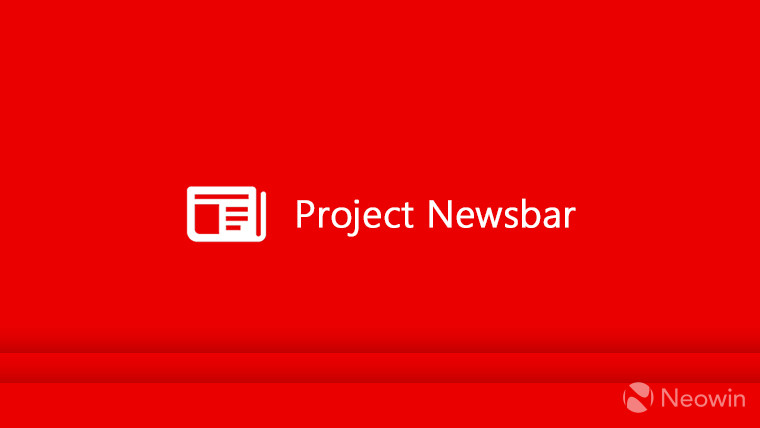 Courtesy of leakster WalkingCat on Twitter, we now know there's an app called Project Newsbar present on the Microsoft Store.

Currently using the same logo as Microsoft News, the app harkens back to the days of Vista and its rather well known sidebar. Unlike the implementation in that OS though, this one focuses on news and nothing more. Parallels can also be drawn between it and the Charms bar or the multitasking UI present in Windows 8 and 8.1.

The bar itself is always on top, and can be placed on the left, right, top or bottom of the display. You can also choose between displaying the news items without titles (so just the thumbnail images) or with them. In case you place this bar on the top or bottom of the display, and toggle off the "Minimalist mode" (which hides the text), you'll get a news ticker-style display of the news items. 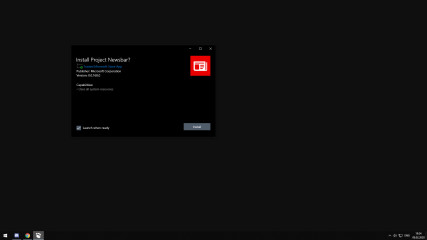 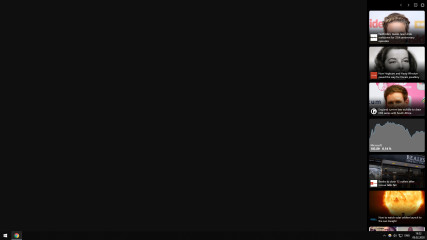 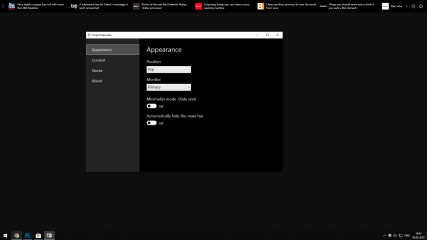 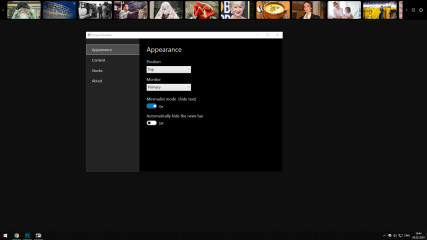 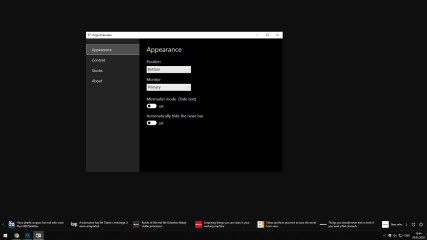 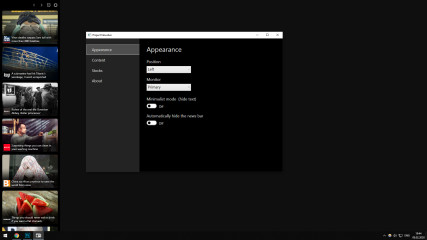 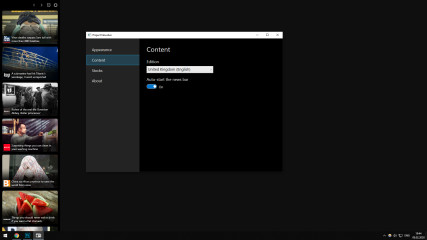 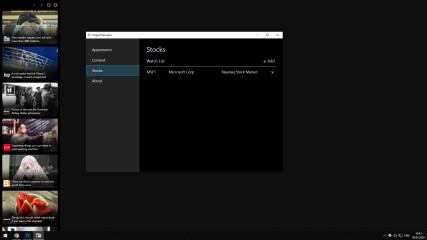 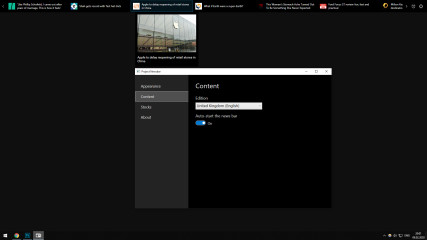 There's no way to choose which specific news sources you want to display, other than picking a so-called edition, depending on your geographical location. In addition, you can also add stocks to follow, and can hide the news bar for 90 minutes. The latter is a non-configurable amount of time.

While the app can be seen in the Microsoft Store, it requires that you be at least on the April 2018 Update (Windows 10 1803, build 17134.0) to run it. You can't actually just download it from the Store, as it currently has a placeholder "Redeem code" button. That said, it can be obtained via an online tool, as pointed out by WalkingCat. To close it, you still need to use the tried and true Alt+F4 combo.

What do you think about this idea? Would you use this instead of the regular News app? Sound off in the comments below!