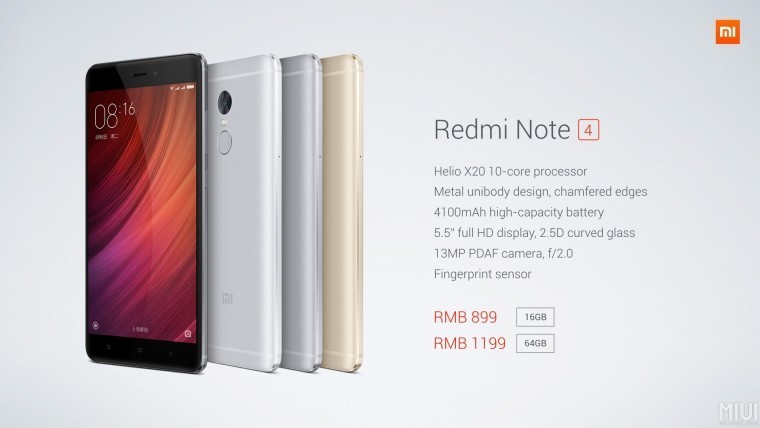 Xiaomi is busy launching many smartphones this year across all price ranges, and the Redmi Note 4 is the Chinese startup's latest device that has been unveiled in China.

The Redmi Note 4 is very identical to its predecessor that was launched just under eight months ago. It retains the metal design, the rear fingerprint sensor, the curved front glass and most of the hardware specifications as well.

However, the smartphone now features a MediaTek deca-core chipset that is also part of the Redmi Pro, which was launched recently. As a matter of fact, the Redmi Note 4 is comparable to the base version of the Redmi Pro with minor differences such as USB Type C support and of course the dual-camera setup.

The complete hardware specifications of the Redmi Note 4 as follows:

Xiaomi has once again positioned its smartphone at an aggressive price point. The 16GB version will be available for ￥899 ($135) and the 64GB version will be sold for ￥1199 ($180). The company hasn't revealed any rollout plans for other countries yet, but the sales in China are expected to commence soon.