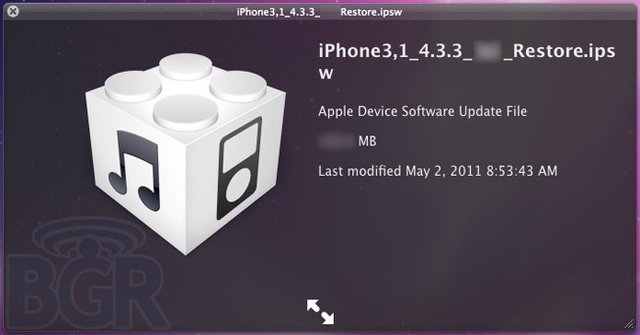 Apple came under heavy fire in the past few weeks over the database containing Wi-Fi hotspots and GPS tower locations stored on their iOS devices. The information was being encrypted and sent anonymously to Apple to improve the accuracy of Location Services in iOS, yet the information still remained if the user chose to disable the feature entirely. With that in mind, Apple has plans to make good on their promise to release an update to iOS within the next few weeks, which will address the Location Services concerns and also include a few other fixes.

As reported by BGR, the update could be live within the next two weeks. The changes iOS 4.3.3 will bring include:

It is not yet known whether the update will address battery life concerns that have plagued iPod touch and iPhone users. In addition, one possible fix to the iPod (music player) may be addressing cases where lyrics disappear immediately after switching songs. The bug was introduced in iOS 4.3 and is still present on 4.3.2.

There are no mention of security-related updates, which implies the same untethered exploit used for previous 4.3.x releases may continue to work.