Ever since Nokia announced in February 2011 that it planned to adopt Windows Phone as its exclusive smartphone platform, the company has enjoyed a 'special relationship' with Microsoft that goes beyond the partnerships enjoyed by other Windows Phone manufacturers. At the London launch of the Lumia 925, Nokia's Kevin Shields told us that Nokia and Microsoft engineers and developers exchange daily calls, while executives from both companies meet on a quarterly basis to discuss the platform.

Microsoft's smartphone strategy relies heavily on its Finnish partner, as Nokia is by far the largest manufacturer of Windows Phones. But that strategy has been floundering, with the platform holding on to just 3.2% of global smartphone market share, beating BlackBerry into fourth place, but still lagging far behind its iOS and Android rivals.

Meanwhile, Microsoft is in the process of repositioning itself as a "devices and services company", with its Surface tablets marking its first foray into building its own PC hardware. There's been much speculation that Microsoft would add to these devices with a 'Surface Phone', though the company has dismissed these rumours, pivoting attention instead to its OEM partners. Curiously, Nokia CEO Stephen Elop said in October that he would welcome the launch of Microsoft-branded handsets. 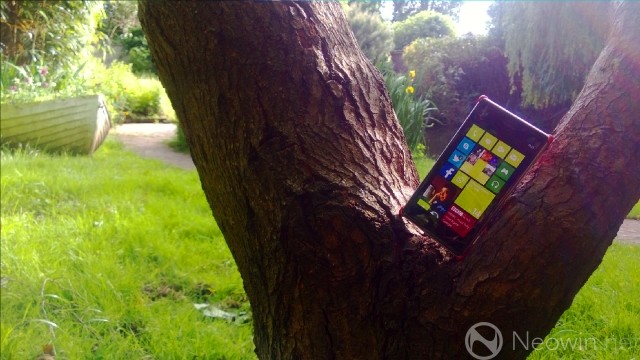 While Microsoft denies any interest in building a smartphone under its own brand, The Wall Street Journal reports that the company has been seeking to secure the future of its smartphone platform by acquiring Nokia's device business, bringing its largest Windows Phone partner under its own roof.

According to the Journal, the two companies have recently been engaged in "advanced discussions" to negotiate the terms of Microsoft's acquisition of Nokia's handset business, with "significant progress made on a plan" to integrate the two. The negotiations were reportedly held in London, and were sufficiently advanced that an oral agreement in principle was apparently imminent.

However, according to an unnamed source, the talks have since failed, and "aren't likely to be revived", in part due to a failure to agree a satisfactory price for the sale. Microsoft wouldn't comment on the report, but a Nokia spokesperson said that the company has a "deep partnership with Microsoft and it is not uncommon for Nokia and Microsoft to meet on a regular basis."

Editor's note: This article was updated after publishing to include information about comments from the two companies.