Can two of the biggest tech companies in the world finally agree on something? Samsung and Apple have been at each other's throats in court over the past two years over patent disputes, but a new report claims that the two businesses are now in talks that could conclude with an actual settlement of all their cases. 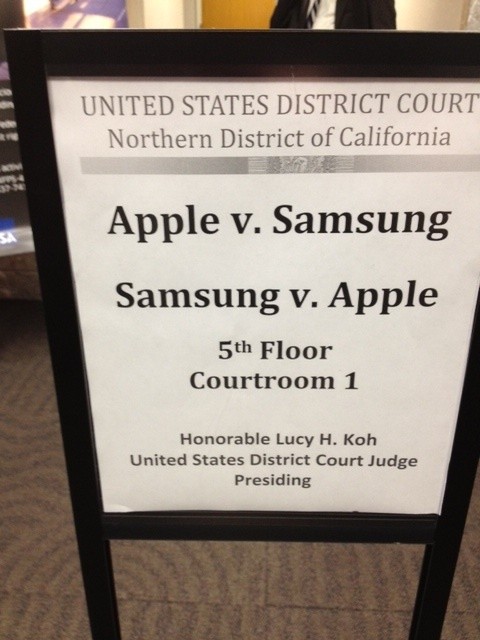 The Korea Times, via an unnamed source at the country's Fair Trade Commission, claims that Samsung and Apple have "recently resumed working-level discussions toward the signing of a potential deal." Regulators in the U.S. and Europe have also been in the loop with these discussions, according to the source.

The two companies have been in and out of court in a number of countries around the world since early 2011. In August 2012, a US jury ruled that Samsung was in violation of Apple's patents and ordered the Korean company to pay Apple $1.05 billion. US District Court Judge Lucy Koh later ordered a new trial after cutting about $450 million from that judgement, due to a " ... impermissible legal theory on which the jury based its award ...". The retrial in November 2013 did not go Samsung's way either and the company was ordered to pay Apple a total of $888 million.

Today's report claims that Samsung would like to sign a “cross-licensing” deal that would give it access to all of Apple's design patents, along with some of its standard-essential and commercial patents. On the other hand, the Korea Times says Apple would prefer to get over $30 for each Samsung device covered by the patent deal. In 2014, a new court battle is scheduled to commence between the two companies over their latest devices like the Samsung Galaxy S3 and the iPhone 5.