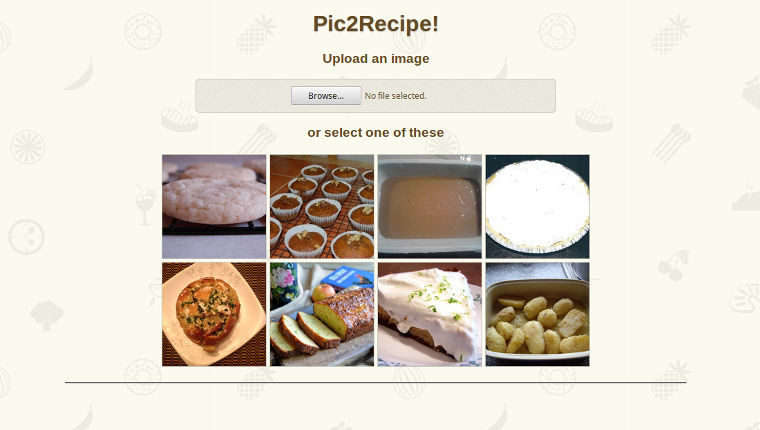 Researchers from the Polytechnic University of Catalonia, the Massachusetts Institute of Technology (MIT) and the Qatar Computing Research Institute have developed a new deep learning algorithm that can give you a recipe for a meal just by looking at a picture. The system isn’t perfect but pulls up recipes for lots of images that it’s given.

The researchers gave the neural network one million recipes along with a picture of the final outcome. The recipes and the images were taken from allrecipes.com and food.com, they were then stored in a database dubbed Recipe1M, which is accessible from the Pic2Recipe website.

With Pic2Recipe, a user uploads a photograph of a food they want the recipe for, and using machine learning, the AI analyses the picture to try to come up with the correct recipe; the system usually offers you with several recipes based on how certain the AI was when detecting similarities between the input image and the images in its database.

The image recognition system was trained to take an image and work out what ingredients were needed in the recipe. By training the AI, the researchers achieved a 65% success rate with the system during test trials.

The researchers admit that the system has a long way to go before it is perfect. Nick Hynes from MIT said:

“It still has a lot of difficulty identifying certain food types … It makes a big difference if photos are taken from close up or far away, or if the photo is of a single item, multiples, or part of a complete dish.”

The final goal of the project is to improve people’s health. The researchers hope to figure out what is going into the food people are eating and determine the meal’s nutritional value and calorie count when that information isn’t readily available otherwise.