With the release of the Playstation 4 and Xbox One, many people think that PC gaming is obsolete. Nothing could be further from the truth though, as it's proven time and time again that graphic power for the PC grows much faster than consoles, especially given that the latter has a longer and longer release schedule. With the ever growing number of video cards available, how do you know what to purcahse? 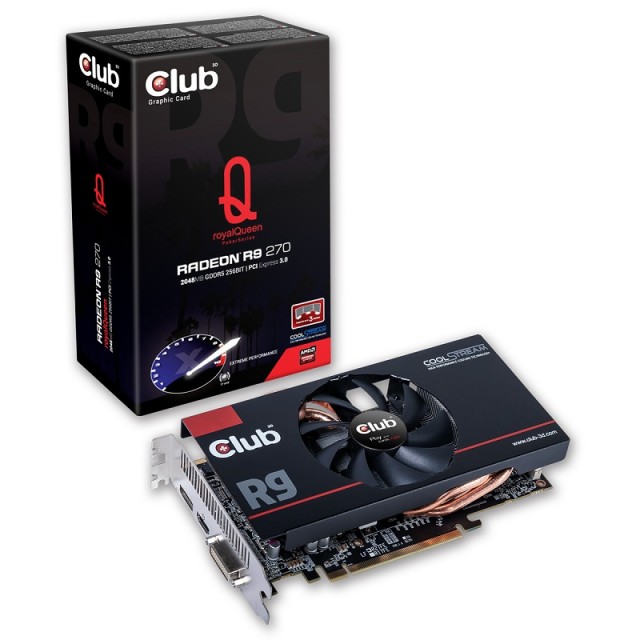 While we can't necessarily answer that question for everyone, we can provide our experience with the new ATI R9 270 video card. Provided to us for review by Club 3D, their model is called the "royalQueen," and we'll examine how well the specs stack up to other devices, and what our results were while testing the card.

Club 3D may be a relatively unknown player in the United States, but they're the market leader in Europe. In an attempt to broaden brand awareness, the company has recently signed a deal with Newegg.com to sell products here in the United States. Taking on more established brands like Sapphire, MSI, and XFX is risky, but with a recent focus on ATI/AMD video cards, the gamble could pay off.

The company has a unique naming standard, using playing cards to name their products. From the royalKing to the royalQueen to the jokerCard, the company puts a unique twist on the names. However that naming does get a little confusing when there's a royalQueen R9 270, R9 270X, and R9 280X.

The R9 270 is the sucessor to the HD 7850/7870 line of cards released earlier this year, and while many of the specs are similar, you can see that the memory speed has been increased compared to its predecessors, with the clock slightly slower than the HD 7870. The GPU is still the 28nm Pitcairn processor.

The Club 3D R9 270 royalQueen has three outputs on the back: HDMI, DVI, and DisplayPort. While a second DVI output would've been handy, it's not required and is actually available on the 270X for those who want a little more power. In addition, R9 270 royalQueen requires only a single 6-pin power supply connector.

While the video card itself is an important piece of the puzzle when it comes to performance, the overall system is also very important. We ran our tests on a four core, eight thread i7 920 processor with six sticks of Corsair 2GB DDR3 memory. Further details are shown in the table below. 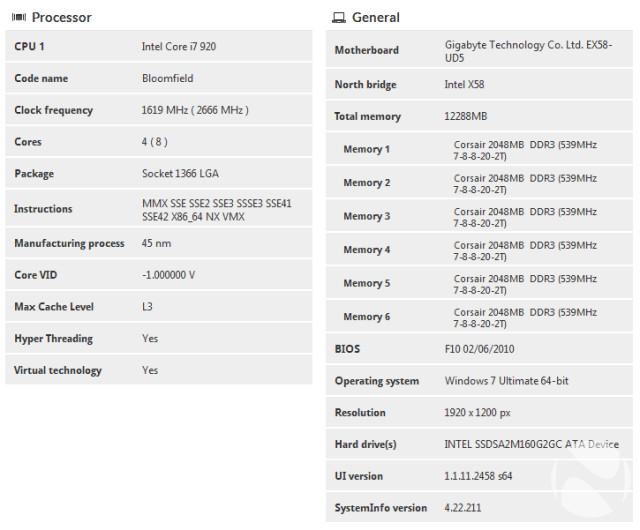 All tests were run at 1920x1200, the maximum supported by the main display. Windows 7 Ultimate 64-bit was installed fresh on an Intel 160G SSD drive, and no other tools other than Steam were running during the tests. When we went to install the drivers from AMD's website, the card was not identified automatically so we had to run through their guided questions to pick the proper file. Based on the fact that this is a new card, AMD recommended we install the latest version of their beta drivers, which we did. We confirmed with Club 3D that these were the same drivers used by the company as well.

As our first test, we ran the system through the base 3DMark tests to see how we stacked up to other gamers. For those who are unaware, 3DMark has three basic tests. The first, Ice Storm, is generally for mobile devices. The second is titled Cloud Gate and is suggested for laptops and ultrabooks. The last, Fire Strike, is the hard core test for power desktop machines.

The first thing we noticed was that our card was so new that 3DMark wasn't able to recognize most of the details, instead calling this a "Generic VGA(1x)" card. We reached out to Club 3D and confirmed that they were seeing the same results in their tests, and they were.

As expected, we blew through the Ice Storm test with little problem, achieving well over 800 FPS in the normal tests, and nearly 120FPS in the physics test.

We had high results in Cloud Gate as well, overaging over 150 FPS in the normal tests. In the physics tests, however, our machine was severely put to the test, giving us only 16 FPS.

Then we attempted Fire Strike. As expected, our scores were fairly low, with an average FPS of about 24. The results of the physics test was a paultry 10 FPS.

Without context, these numbers may seem terrible. Luckily, 3DMark puts your score against everyone else's machines to see how you stack up, and with a score of 4903, our rig was considered better than 45% of other machines that were tested, which was higher than we expected. We assume that with a newer CPU and motherboard, we'd probably have even better results with the card, but for a device that costs less than $200, we thought these results were pretty good. You can see more details from our test directly on the 3DMark website.

Next, we tested the Club 3D R9 270 royalQueen with a few games of PlanetSide 2, the MMOFPS game by Sony. We set the resolution to 1920x1200, turned the graphic quality up to "Ultra," and activated FRAPS to measure our frames per second.

During heavy firefights, we were averaging a respectable 47 FPS, while during quieter times we were seeing 55FPS. Graphics were good, with no obvious tearing or pop-ins. That said, we weren't blown away with the quality either. This isn't a knock on the video card, but rather the graphics available on game itself. While the graphics used to be really good, it appears some people believe that Sony has purposefully reduced the graphical quality of "ultra" in preparation for the Playstation 4 launch of the game. We were running with the most updated version, which apparently contains these alleged graphical reductions.

That said, the fan on the CPU stayed quiet throughout and the amount of heat the card produced was barely noticeable when we checked it out after the test. This was a nice change compared to our original Radeon 6870 that can practically fry an egg after playing games.

Next up, we tested Ubisoft's first person shooter, Far Cry 3. As with PlanetSide 2, we cranked the resolution up to 1920x1200 and the quality up to "Ultra," then began stalking our prey on the tropical island. While moving throughout the wilderness we were seeing frames per second in the range of 55-65. When we got into firefights with the locals, including watching the jungle burn down from some well placed molotov cocktails, our framerates dropped slightly, averaging out to the low 50s. According to FRAPS, we never saw a framerate less than 44 in the hour we played the game.

As with the previous test, the card was quiet throughout and didn't generate much heat when we were done.

We aren't experts when it comes to overclocking. That said, Club 3D provides their own tool to help overclockers. Building upon the card theme, it's called royalFlush, and can be downloaded from the company's website. Installation was straight forward, but when we tried using the tool, we ran into problems. For example, when the utility was first launched, it showed the proper clock and memory speeds. However when we flipped to "manual" mode, we weren't able to drag the sliders past 500MHz, which is obviously slower than the card comes by default.

We also managed to crash the utility when we tried selecting where to save log data such as fan speed and GPU temperature. This change caused the utility to crash everytime we launched it, forcing us to reinstall the tool. Overall, we can't recommend royalFlush at this time.

We then played around with AMD's built-in OverDrive overclocking utility. We cranked the fan from the standard 20% up to 100% and heard the wind tunnel sound from our case. We then cranked the GPU clock and memory settings up to max - which was only around 100 MHz more than standard. We launched Far Cry 3, ran through similar tests, and didn't notice much of an increase in frame rates. Unless there's other tools that allow us to overclock higher, we don't see a lot of benefit here.

It's hard to give a numerical grade for this video card when we don't have a lot of other things to compare it to, so we're going to skip our normal verdict and focus on the facts.

At $200, this card packs quite a punch and is a worthy device to have in your PC. It's 3DMark scores show that it's not king of the hill, but that's not its purpose either. In real-world tests, with resolution set to 1920x1200 and quality set to Ultra, we were easily able to get 45-60 frames per section in Planet Side 2 and Far Cry 3. It's also a quiet card and runs cool, so we conclude if you're in the market for a midrange card, we can highly recommend the Club 3D ATI R9 270 royalQueen.

Update: We rated the card after feedback in the comments. The rating is based on price/performance and likelihood of recommendation.

Special thanks to Club 3D, the European graphics card market leader and total solution pioneer, for providing us with the R9 270 royalQueen to review.