Quite often old memories of fun films and games should remain just that, memories. Remember the excellence of the Indiana Jones series before the Kingdom of the Crystal Skull or the great Star Wars originals before the prequels hit our screens, sometimes follow-ups just shouldn’t happen.

With Duke Nukem Forever, you have a game that has been at least twelve long years in the making, not only has it seen various engine changes over the years, the game scene has changed dramatically, as has the public view of what is funny. Those of us who remember Duke Nukem may think back about the “funny” rude one-liners that were basically stolen from the Evil Dead movies and snigger, but most us will be in our thirties or forties by now and that kind of humour has really had its day.

Duke Nukem Forever has to be judged as a present day title, simple because 2K Games have seen fit to charge full price for what really feels like a budget title, it really is a game that belongs back in the 1990’s. 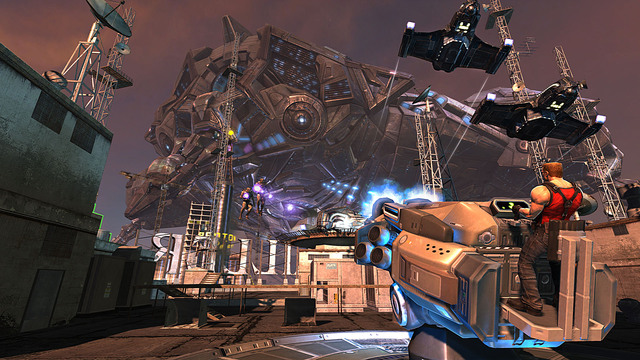 Duke has been on hiatus for some time now, kicking back and franchising himself on the fame he gained from saving Earth from the first invasion. The Aliens have returned to Earth yet again, messing up Duke's sweet routine of dirty leisure habits.

The Alien invaders are stealing Earth's women, especially the hot ones! And they drank Duke's beer. This. Won't. Stand. As Duke battles his way through waves of aliens, the once beautiful gambling haven and Duke Nukem franchise chains are crumbling before his eyes. Time to bring the pain!

For a game that has been in development hell for twelve years, you have to wonder what the team’s motivation was. The game still has the kind of immature jokes that the original game did, but they are the kind of jokes that might now only appeal to those ten or under and they can’t even buy the game.

Duke Nukem Forever’s tutorial starts as it means to go on with you being encouraged to press a button on your controller to urinate, then a few moments later you get to pick up a human turd (A turd in the hand is worth two in the bush) and fling it around. The main game when begins with Duke getting an off-screen sexual favour from a couple of twins. If this is your idea of funny, then maybe this game is for you. 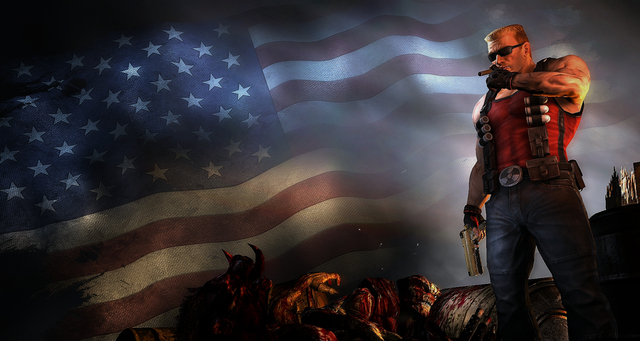 To start off the game has some of the worst AI we have seen for a long time, add to that what feels like a very poor aiming mechanic and you get a lot of annoyances very early on. The level designs are also pretty poor with very enclosed areas and some of the most basic puzzles you will have seen in a game for many years. Again, 10 years or so ago this may have been pretty cool, but as a current day title held up against similar games such as Bulletstorm, this really fails.

Duke also seems hell-bent on making your life frustrating. Firstly you tend to spend a lot of your time wondering where the heck you are supposed to be going, with very little form of direction on show and some very repetitive looking areas getting you muddled very easily. Next are the increasing levels of difficulty, which instead of getting gradually harder, it gets impossibly hard on occasions out of nowhere. This wouldn’t be so bad if it wasn’t for the fact that the load times on both console versions can range from 30 seconds to a minute at times, though they are much improved in the PC version.

Not everything is bad though; there are moments that make you smile. Walking though areas which show off what Duke has been doing in his past twelve years is good for fans, as are the little things like writing on blackboards and signing an autograph for a young fan. 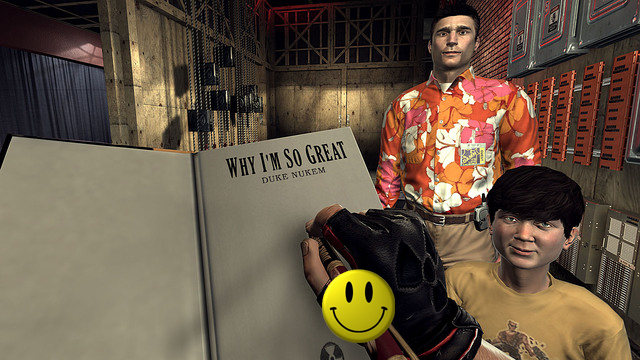 As was a signature of 3D Realms original title, Duke also has loads of things he can interact with such as lights, mirrors, faucets, showers, vending machines, weights and more. Some of these interactions help increase Duke’s Ego meter too, which he uses as a shield throughout the game. Heck even some of the jokes can raise a smile at times, but as we said at the start, it can’t save a very dated game. It is the mini games such as pool and other games that really show that the developers were maybe focusing too hard on things like this instead of gameplay and actually getting the game done.

Nearly all of the first titles weapons reappear in Forever, including favorites such as the shrink ray and freeze beam which remain fun to use. Strangely though, 3D Realms/Gearbox decided to remove the option to kick enemies, except when entering the non-interactive execution mode. New weapons include a rail gun and a multiple-missile launcher, none of which are that great to use.

Multiplayer is generally poor, not just is it visually another step down from the single player game which is saying something, we have also suffered from loads of lag during gameplay on both the Xbox 360 and PS3. It does add to the package and some gamers may get fun out of it for a very short time, but don’t expect to be giving up on Halo etc any time soon.

Graphically the game looks like an early 2000 title upscaled to HD. It is very brown, which may be a slight nod to the original game, but on the console side you get a lot of tearing which really shouldn’t happen when a game looks as poor as this. The biggest disappointment graphically is that the textures are poor throughout, which is even more noticeable on the PC version of the game, especially when you run the game in a higher resolution. Duke has got some more recent visual effects added, such as rain or urine etc dripping down the screen blurring your vision as well as some motion blurring at times, but overall you can see this is a title that has been in development for some time. 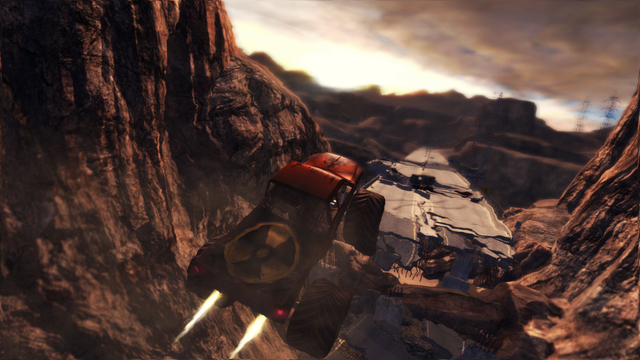 Sound is a mixed bag, Duke sounds just like he always has done and the delivery of the very poor script and repetitive one-liners has been done to the best of his ability. The rest of the cast is a mishmash of decent to dire. Music is also hit and miss, sometimes fitting the mood perfectly, other times sounding completely out of place.

So overall it isn’t really worth your money, at least not until it drastically drops in price. We found it generally unfunny, irritating in places, and sadly not all that much fun to play. Duke Nukem Forever can also be buggy on occasions and graphical performance on both the consoles and on PC is not what you would hope from a game that looks so dated. It has its moments, but they are few and far between. Hardcore Duke Nukem fans may find something to love here, but in the end, you can only live on rude jokes alone for a short time when there is very little in the terms of decent gameplay on show. Gaming history can only take you so far.