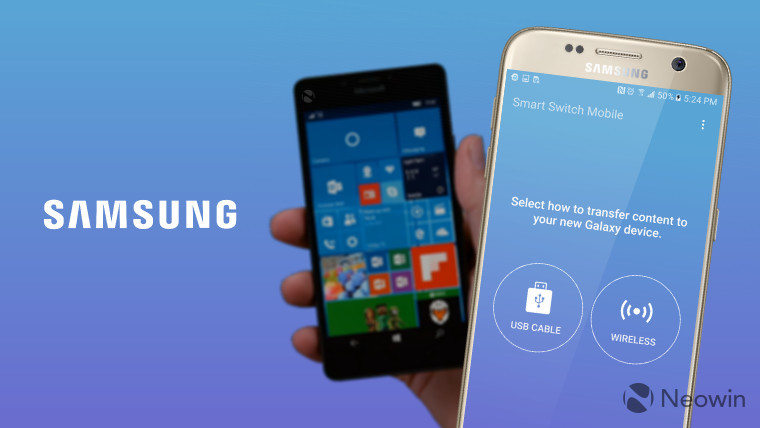 With the first Windows 10 Mobile devices now over a year old, some owners may well be thinking that the time is right to buy a new handset. With few options running Microsoft's mobile OS to choose from, some people may even be considering making the switch to other platforms.

Keen to capitalize on that opportunity, Samsung is now making it easier for Windows 10 Mobile users to switch to its Android devices. The company added support for Windows Phone 8.1 to its Smart Switch app in September, but has now updated the app with support for the newer version of the OS.

The app's description on its Google Play store listing explains:

What can be transferred?

Note: Smart Switch scans and transfers content stored on the device and from the SD card (if used).

While the description implies that compatibility is limited to switching to devices running Android 6.0 Marshmallow ("M OS"), SamMobile notes that the app has now been updated to support Android 7.0 Nougat ("N OS", as described in the update's release notes). Samsung hasn't actually begun upgrading any of its devices to Nougat yet, although it has released a series of Android 7.0 betas to those on the Galaxy Beta Program.

The latest version of Smart Switch also brings "additional content support for iCloud (iOS 9 or higher)" - for users switching to Samsung handsets from iPhones - along with various bug fixes.