At last week’s Consumer Electronics Show in Las Vegas, Samsung showcased its futuristic 'Youm' flexible screen technology in a Windows Phone prototype. The bendy display may well represent the next big thing for Samsung, but over the last couple of years, it’s not been pliable screens or the Windows Phone OS that have ensured the company’s extraordinary success in mobile (and its enormous profits across the board) – it’s been Android and Samsung’s phenomenally popular Galaxy S series of smartphones. 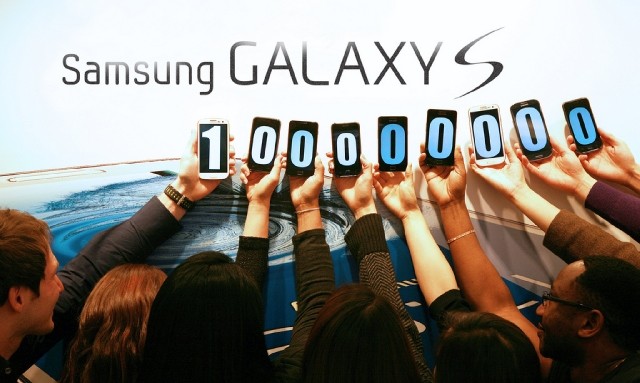 Samsung has just revealed that it has now sold over 100 million such devices, just two years and seven months after the first Galaxy S handset was launched in May 2010. That first device has since been surpassed by both the S II and S III, and joined by other handsets in the range, including the Galaxy S II Plus and S III Mini.

The company is still seeing significant sales of the Galaxy S II range of handsets, with over 40 million units sold during the last twenty months. Even more impressive is that the newer Galaxy S III has also sold 40 million units in just seven months – with an incredible 10 million sales in the last two months alone. On average, Samsung says, 190,000 S III handsets are being sold every day.

By comparison, Nokia revealed a few days ago that during the last quarter, it sold a total of 4.4m Lumia handsets across its entire available range of Windows Phones (510, 610, 710, 800, 810, 820, 900 and 920) – which puts into perspective the challenge that both Nokia and Microsoft share in gaining ground on their mobile rivals.