Samsung officially released a downloadable version of Secure Folder today, a new security feature for its Galaxy S7 and S7 edge handsets that serves as a way for users to keep sensitive or personal information safe and private. 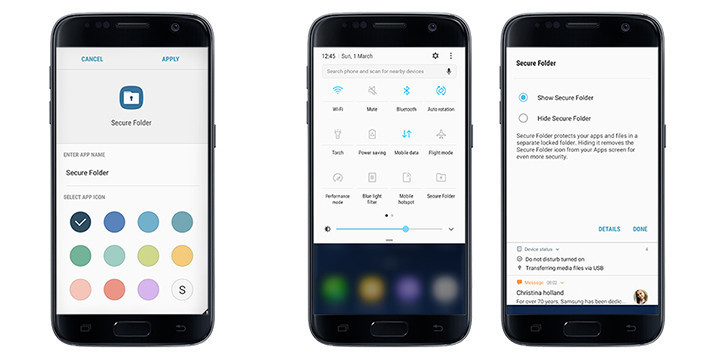 The app utilizes Samsung's Knox security platform to create a separate, sandboxed space on a device where users can store important notes, images, apps, contacts or documents. Files stored in Secure Folder can only be accessed through PIN, pattern, passcode, or biometric authentication.

Secure Folder is available to download via Galaxy Apps, assuming you've got Android 7.0 or later on your S7 or S7 edge. Samsung plans to extend support for other devices soon.