Device manufacturers are always keen to identify the next big thing that will convince consumers to hand over their cash. Wearable devices have become a major focus of this continuing effort, with the likes of Google Glass and Samsung’s Galaxy Gear smartwatch attempting to find success in the market, but OEMs have also been looking at making existing form factors more appealing.

Manufacturers are now offering devices with curved screens, with handsets such as LG’s G Flex and the Samsung Galaxy Round, launching in recent weeks. But neither of these smartphones delivers on the vision of truly flexible devices, which have for so long remained a dream locked away in sci-fi movies and TV shows. 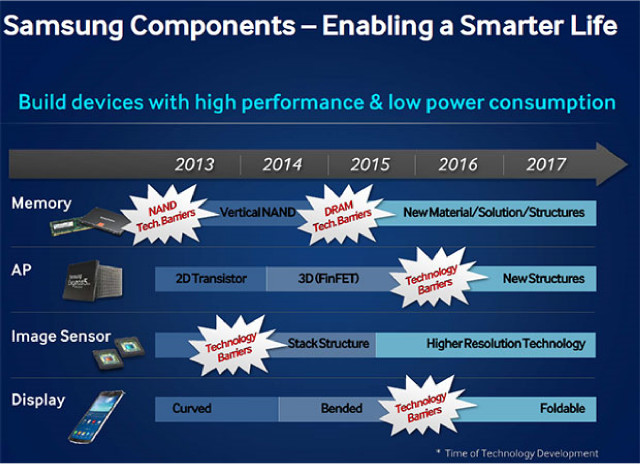 It looks like it could be a while before such devices get into the hands of consumers, as a Samsung development roadmap, first spotted by Sammy Hub, indicates that the company plans to have the first ‘foldable’ displays ready for prime time towards the end of 2015, or perhaps even early 2016. 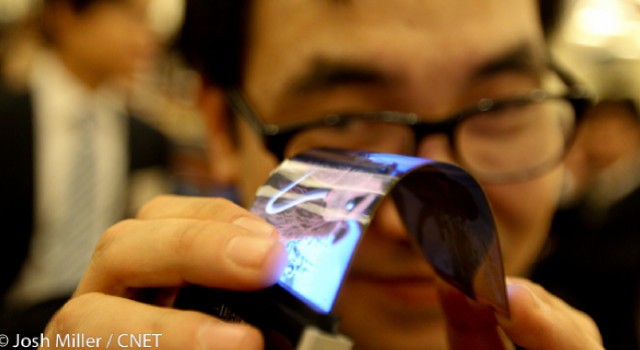 Samsung has previously shown off prototypes of its flexible OLEDs, but these remain firmly in the development stages. As the Samsung roadmap indicates, there are still “technology barriers” that need to be broken down before these devices are ready for the mass market. The company has been working on this technology for some time; in 2011, it told investors that it would bring such devices to market in 2012.

For now, you’ll just have to be satisfied with handsets with a very slight curve to them – but if you really want a Samsung handset that you can fold down, you could buy one of these.