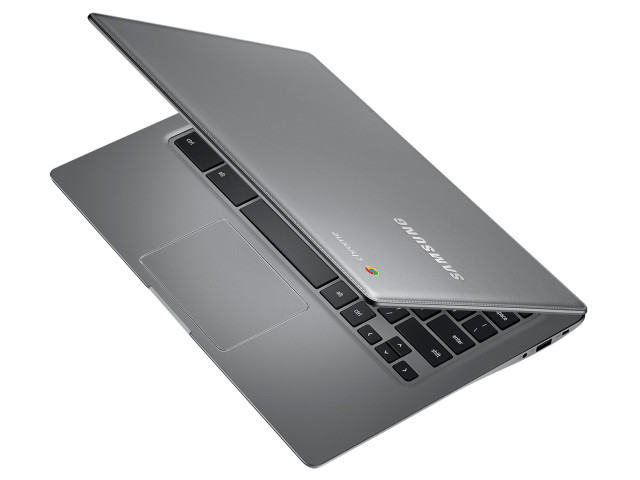 A day after a source on Twitter leaked photos of Samsung's new Chromebook 2, the company has bit the bullet and made an official announcement.

According to Samsung the successor to Google's flagship Chromebook, which was released almost 3 years ago, is coming - and soon. The company plans to release the Chromebook 2 in April and consumers will have their choice of two options: an 11.6" display for $319.99 and a 13.3" display for $399.99.

As shown in yesterday's leaked photos, the Chromebook 2 will have a faux stitched-leather look in either Jet Black or Classic White (for the 11.6" model) and Titan Gray (for the 13.3" model). The notebook will also include an Exynos 5 Octa processor, which clocks in at 1.9 GHz for the smaller model and 2.1 GHz for the larger.

The new Chromebook 2 also boasts an impressive set of technical specifications for a Chromebook, with both models having 4GB DDR3L RAM, a 16GB embedded flash drive, and close to 8.5 hours of battery life. The larger 13.3" model justifies its higher price tag by being slightly beefier, with a comparatively faster processor and a full HD LED display resolution of 1920 x 1080 (compared to the 11.6" model's resolution of 1366 x 768).

Like its Chromebook predecessor, the Chromebook 2 will run on Google's custom Chrome OS, which is optimized for low profile web browsing and certain Google apps.