As time progresses, it's unsurprising that we are seeing an increasing number of devices featuring the reversible USB Type-C port. Most recently, the latest HP Spectre laptop crams in three such ports all of which can be used to power and recharge the device, while two of the ports also support Thunderbolt 3. 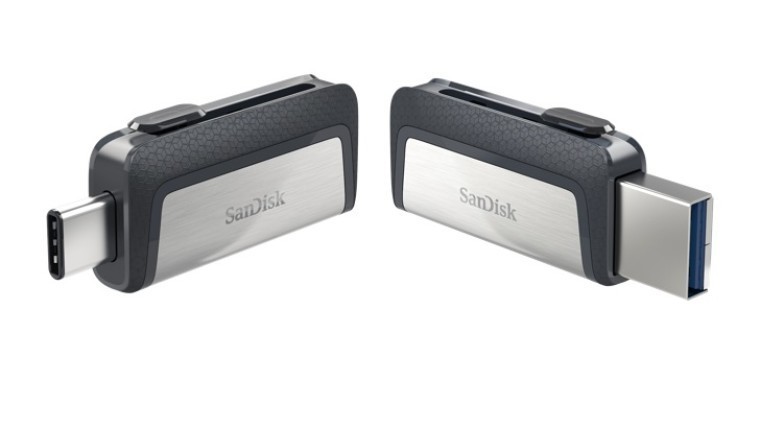 In order to address this problem with flash drives, SanDisk has unveiled its new Ultra Dual Drive range which include both a Type-A connector suitable for most computers as well as a Type-C connector for smartphones and tablets. To pop out the desired connector, you simply have to slide the notch to the corresponding side and slide it back to the middle to retract it safely within the housing.

These flash drives also feature USB 3.1 support, enabling them to achieve read speeds of up to 150MB/s on all but the lowest capacity model which still manages up to a respectable 130MB/s.