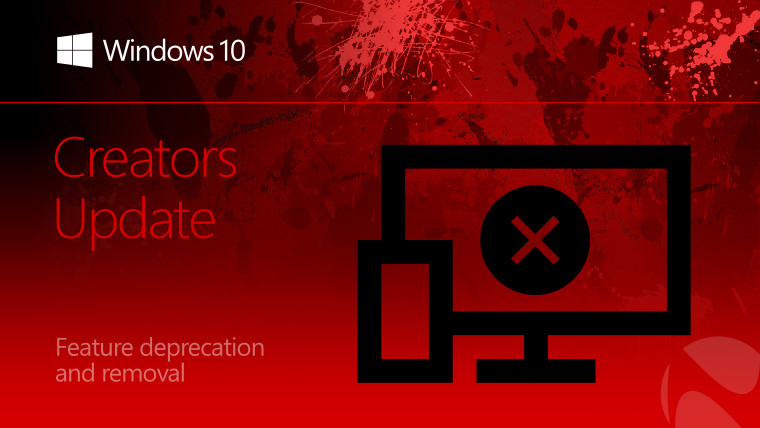 Microsoft is expected to begin the process of finalizing the Windows 10 Creators Update in the next few days, selecting a release candidate which should make its way to Windows Insiders from next week. The final update is expected to roll out to all Windows 10 users from next month - heading to PCs first, and other devices later - bringing a wide range of new features and improvements to the OS. Some of the new additions include:

...and that's just a small sample of the many improvements and additions that Microsoft is making to Windows 10 in the Creators Update. But while all sorts of new features will be added, Microsoft is ending development of others, and removing some entirely from the OS.

The company has published a list of features that it's removed or deprecated in the update. It explained:

The following features and functionalities in the Windows 10 Creators Update edition have either been removed from the product in the current release (“Removed”) or are not in active development and are planned for potential removal in subsequent releases (“Deprecated”).

This list is intended for IT professionals who are updating operating systems in a commercial environment. The plan and list are subject to change and may not include every deprecated feature or functionality.

Additionally, some features that were originally announced as part of the Creators Update haven't made the cut. The new My People communications experience on PCs has been dropped for now, and it's also looking increasingly unlikely that Night Light and improvements to Continuum will be added to the Creators Update for Windows 10 Mobile devices.

These features, along with other improvements - such as the Project Neon design overhaul - are likely to arrive in the Redstone 3 update towards the end of 2017. Builds from the Redstone 3 development branch have already been compiled internally, and the first RS3 Insider Preview is expected to be made available before the end of next month.

Source: Microsoft via My IT Forum